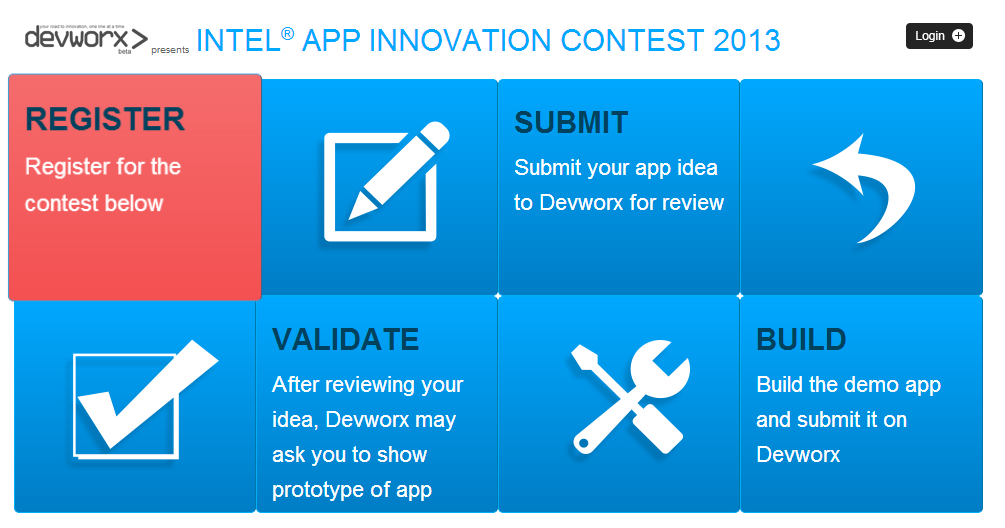 What is this contest about ?

Digit and Devworx together with Intel have just announced the Intel App Innovation Contest 2013. The contest is aimed at skilled developers looking to get exposure with the possibility of winning some really great prizes, 500 Dev systems and $100k. If you’re eager to win one of those hefty cash prizes, then you should submit your idea right now!

The Intel App Innovation Contest 2013 is a developer focused contest where the goal is to bring coders together to create new and innovative applications for the Windows 8 platform.

What is the Process of the Contest?

The contest will be conducted in 2 phases. The phase 1 app idea must be submitted in the language natively used on the community developer site in which you entered the contest, Devworx in this case. Intel and Devworx will select the top 125 ideas that will move on to phase 2.

The phase 2 demo app, may be submitted in either English or the language natively used on the community developer site at which you entered the contest. The developers with the top 30 demo apps from phase 2 (5 from each category) will be asked to submit a demo video in English. This is to make sure that the judges, who are from and in different parts of the world, can have access to the nitty gritties of your app.