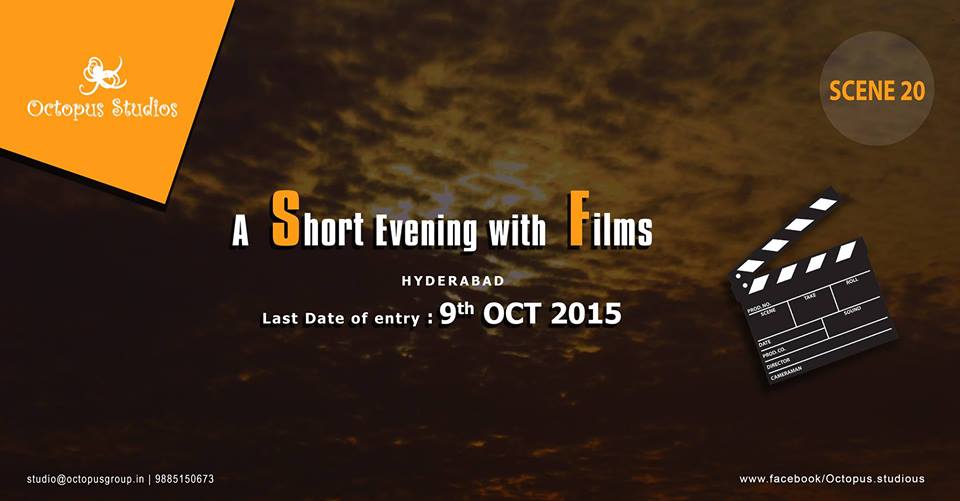 A exclusive event designed for short films, to show case some serious work in the short films category. With this event the studio wants to create an eco system for filmmakers to co exist & evolve, this is forum will address practical pain points of filmmaker like production (including pre & post), casting & other important issues. After the entire list of movies is screened we have a 30-45 min focused discussion moderated by the studio to find ans to some of the current problem of film making.

A bi-monthly event held to promote short films; we call for short films entries to be sent to us. We accept films below 45 mins in this type. Your work can be submitted to Octopus Studios, the set of independent curator will go through the films & select a set of films. We screen selected short films to an elite audience who are short film enthusiasts. We introduce the filmmakers as well cast & crew to the audience. The entire event is open & free of cost, it’s also held at place which has actually inspired the idea – Lamakaan – An Open Cultural Space