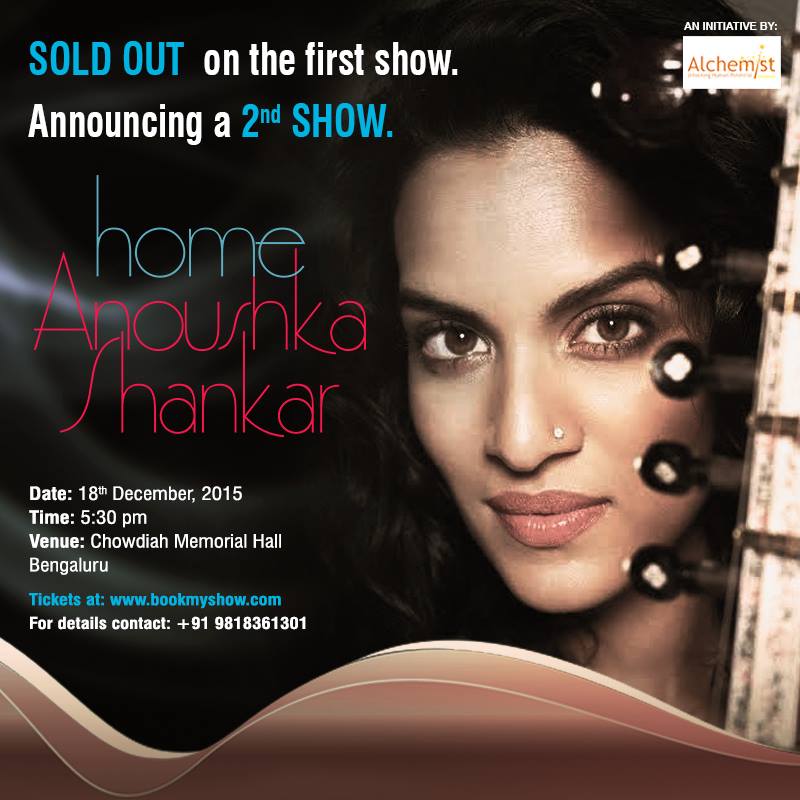 Anoushka Shankar brings to you her new album Home. The album concert in Bangalore sold out within days of announcement. Because of the overwhelming response, a second concert is being organised on the same evening, creating history!

Sitar player and composer Anoushka Shankar is one of the leading figures in world music today. She is deeply rooted in Indian classical music, having studied exclusively with her father, the legendary Pt. Ravi Shankar, from the age of nine. Thriving as a composer, she has been exploring fertile ground in the crossover between Indian music and a variety of genres including flamenco, electronica, jazz and Western classical music.

Four time Grammy nominated Anoushka returns this winter with her latest album ‘Home’, a tribute to her father, late Pt.Ravi Shankar. After Traveller and Traces of You which have both shipped over 60k so far this pure Indian classical album is Anoushkas third release on Deutsche Grammophon and her 8th solo album recorded right at her ‘Home’ studio in London.

Inspired by her classical upbringing and teachings by her legendary father, this album offers both meditative and virtuoso Indian classical raga for Solo Sitar with ensembles. With ‘Home’, Anoushka continues her journey exploring modern and fresh ways to reinterpret and keep alive the beautiful musical traditions of India, as taught to her by her father Ravi Shankar.