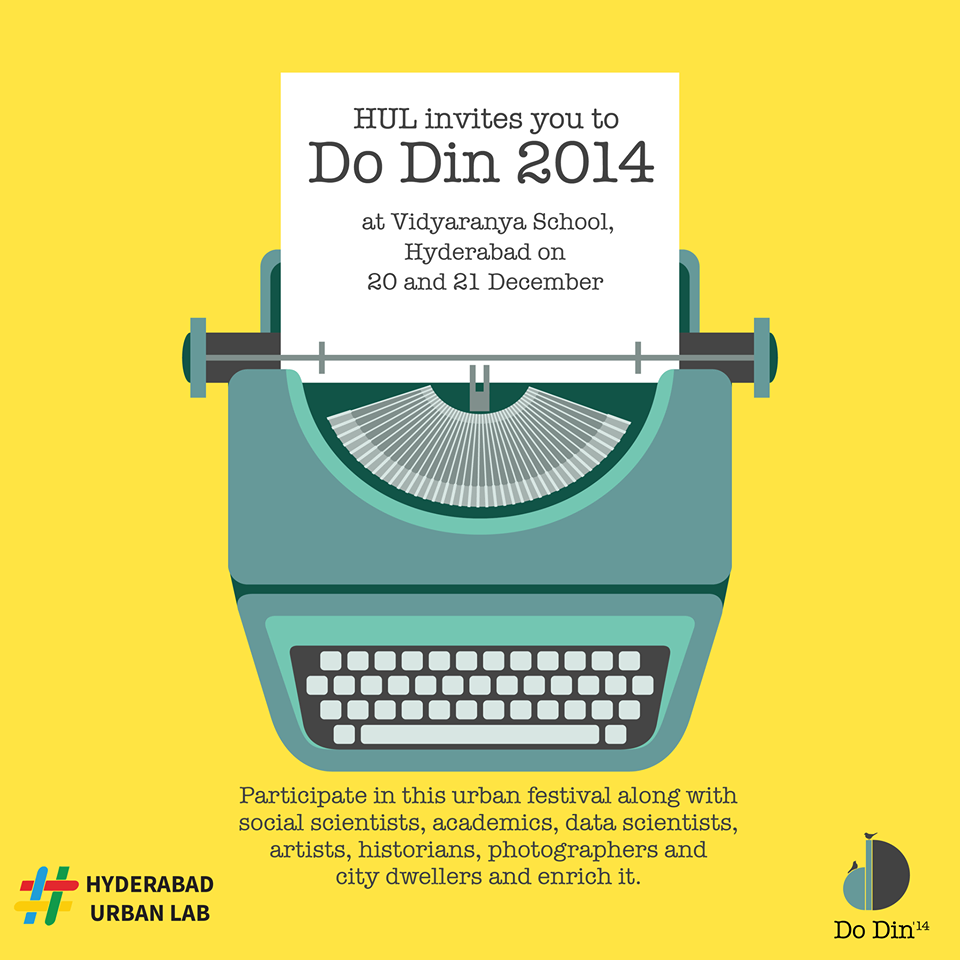 Do Din was inaugurated last year as a “two day techno-arts event” which aimed to bring together diverse individuals and groups working with urban data. We think of data as an artefact, i.e. data has to be produced by someone or something. Another idea, closely related to data, is memory. By data and memory we mean not just the massive digital databases that are definitive of our age, but also the physical archives and the very memories of people. These two ideas, of data and memory are at the core of Do Din.

The objective of Do Din therefore is to provide a platform where people can collaborate and work on data, a platform where that precious data emerging from lived experience can be brought to the fore and given its due privilege, a platform where we can start talking about preserving and enriching the archive that is the city.

Do Din 2013, brought together artists, scholars, hacktivists, planners, activists and generally individuals and groups interested in the city, or specific aspects of the city. The workshops and discussions revolved around the broad themes of Water & Waste, Mobility & Safety, Municipal Accountability, Heritage & Memory. There were screenings of a curated set of short films and documentaries representing a wide array of urban experiences. There were also exhibits, including a neighbourhood history of Mallepally, Hyderabad and curated art installations that represented diverse themes like nature and the city, identity, and mass media manipulation. The resulting encounters have resulted in sustained collaboration between some, but it has instilled a feeling of solidarity among this multitude working in different fields. This solidarity is anchored by the very idea of the city.

This year too, in Do Din 2014, we plan to have a diverse range of activities such as: workshops, discussions and curated exhibitions. Carrying forward the themes introduced last year, we also wish to pay greater attention this year to new themes such as gender and space, housing and the informal economy.

The aim is not to produce an event that will assault a participant with information through lectures, but to create a space where the event can be collaboratively produced by all the participants. Ultimately, Do Din is an attempt at creating communities of new urban practice. Communities for collaboratively solving problems, learning, and also simply to see the city from another’s perspective.