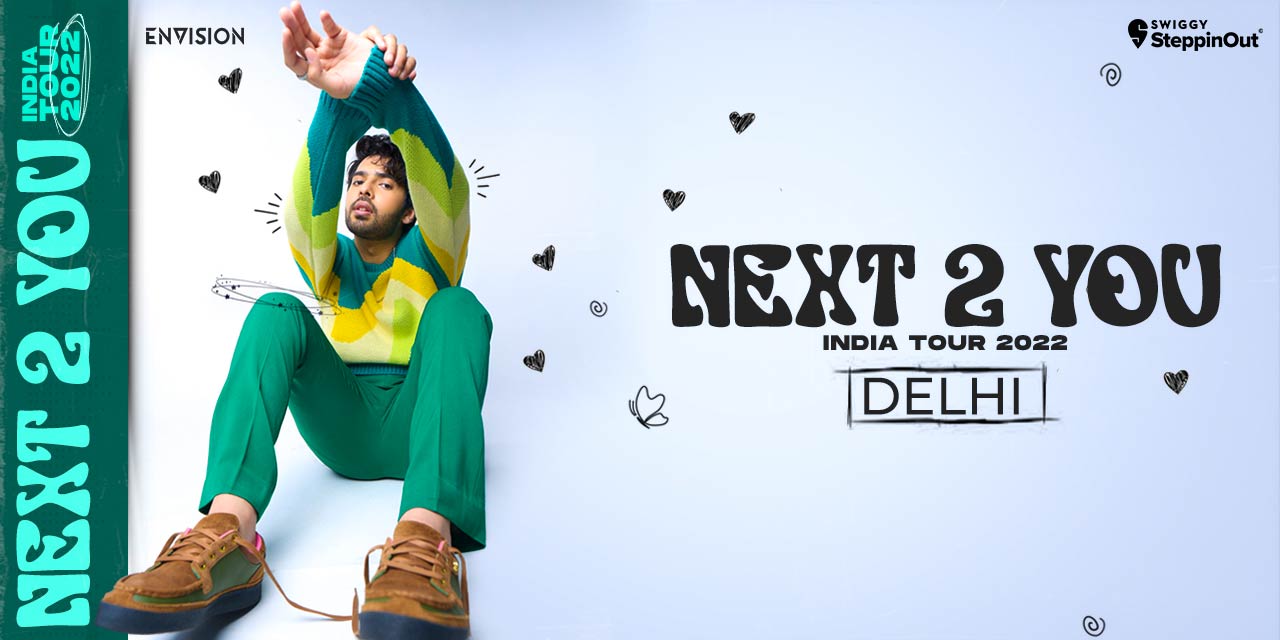 Go where the good vibes are…

Swiggy SteppinOut in association with Envision is all set to host the youngest singing sensation of the nation, Armaan Malik, in his Next 2 You India Tour. This tour will encompass all the major cities like Bangalore, Kolkata, Delhi, Mumbai, and Hyderabad from 19th November to 3rd December 2022.

Born on July 22, 1995 in Mumbai, Maharashtra, Armaan Malik has earned global recognition with his charming voice and unique style of rendition. His musical journey started when he was just 4 years old. He is even trained in Indian Classical music for 10 years, and can sing in several languages like Telugu, Kannada, Bengali, Gujarati, Marathi,and English among others.

Having performed in over 200 shows worldwide, with over 300+ songs to his credit, Malik has definitely seen a lot of firsts quite early in his life. Malik is the youngest recipient of the Dadasaheb Phalke and R.D Burman award at Filmfare 2016. Armaan Malik was the first Indian singer to be featured on Times Square billboard for the release of his English single Control. He is also the youngest singer to win two debut awards at Global Indian Music Awards and the best playback and handsome singer award at BIG Star Entertainment Award in 2015.

Singer, songwriter, composer, Armaan Malik is one force to be reckoned with. His songs Wajah Tum Ho, Mera Pehla Pehla Pyar, Sab Tera, Main Rahoon Ya Na Rahoon are a part of every playlist that spells romance.

This is your chance to groove to his tunes at the Next 2 You India Tour 2022.