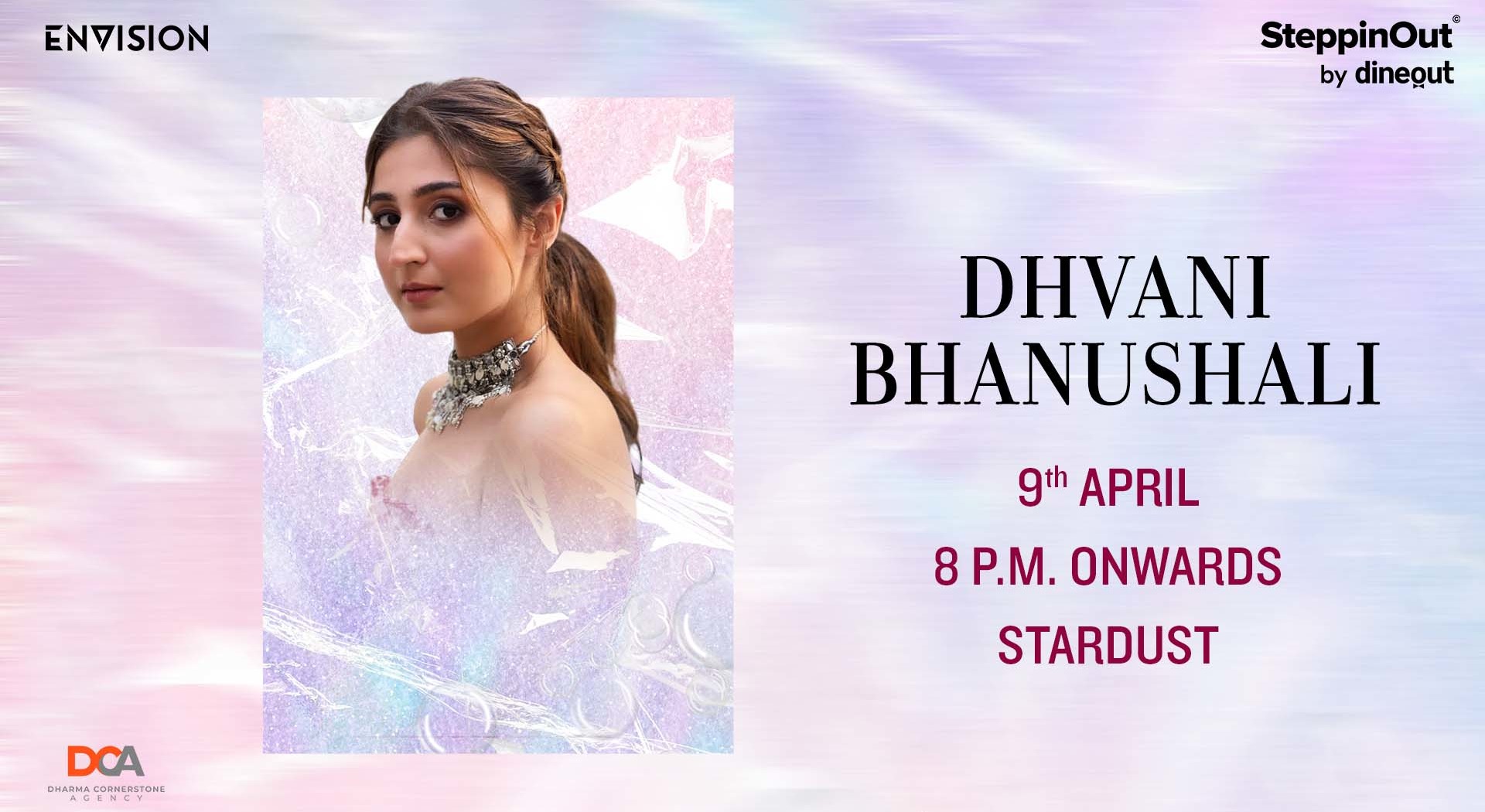 SteppinOut by Dineout presents Indian’s Pop Sensation – Dhvani Bhanushali with her first-ever India Tour. The singer will be embarking on ten cities during the tour and promises to entertain the audience with her melodious voice.

Dhvani Bhanushali broke the internet with her songs right from the beginning of her music career. Starting with Vaaste, that released in April 2019, went on to become a massive success and was the only Indian non-film song that got featured in the YouTube Top 200 Global list. Dhvani’s songs like Leja Re, Ishare Tere, Baby Girl, Nayan, Radha went on to become a rage among the youngsters and she was soon named the Billionaire Baby. While Leja Re garnered more than 860 million views, both her songs Dilbar and Vaaste have crossed more than 1 billion views individually on YouTube.

The young singer who has 6.2 million followers on her Instagram recently released Mehendi and Mera Yaar has shown her versatility as a singer. Dhvani received massive love from her fans for both the through social media platforms like reels, short video platform apps, etc.

The singer is all set to release her next single soon.

So get ready to dance, groove & sing along. Get your tickets now!

About SteppinOut by Dineout

SteppinOut is one of the largest experiential event curators in the country. With more than 20 events hosted in a month, ranging from night markets, live music shows, concerts, comedy nights, and much more! In August 2020, SteppinOut was acquired by India’s largest dining out platform – Dineout. The acquisition was a step forward in creating memorable experiences while expanding Dineout’s overall value proposition to consumers across India. This enabled in creating a first-of-its-kind experience for our users — with Dineout hosting thousands of restaurant partners, and SteppinOut hosting new and innovatively curated events. Rooted in diversity all while maintaining quality, all SteppinOut’s experiences are crafted with intimate attention, impressive detail, and an immense amount of love.