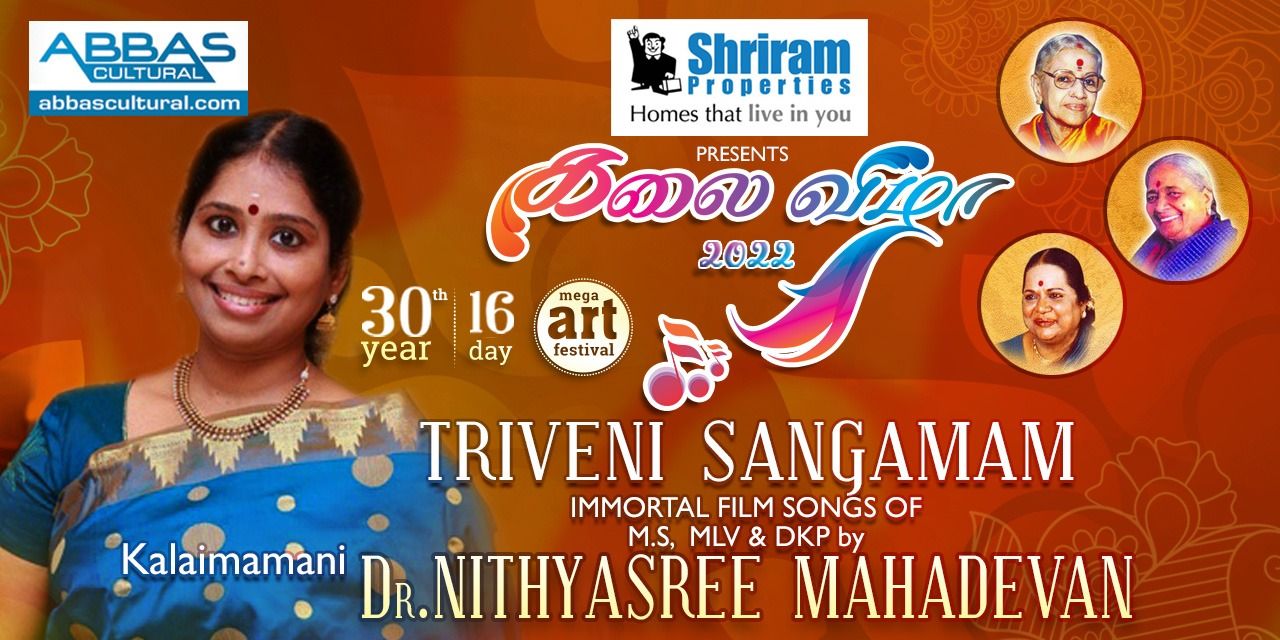 Kalaimamani Dr. Nithyasree Mahadevan is an eminent Carnatic musician and playback singer for film songs in many Indian languages. She has performed in all major sabhas in India and has presented her concerts in many destinations around the world. She has received multiple awards and honours, and has released more than 500 albums.