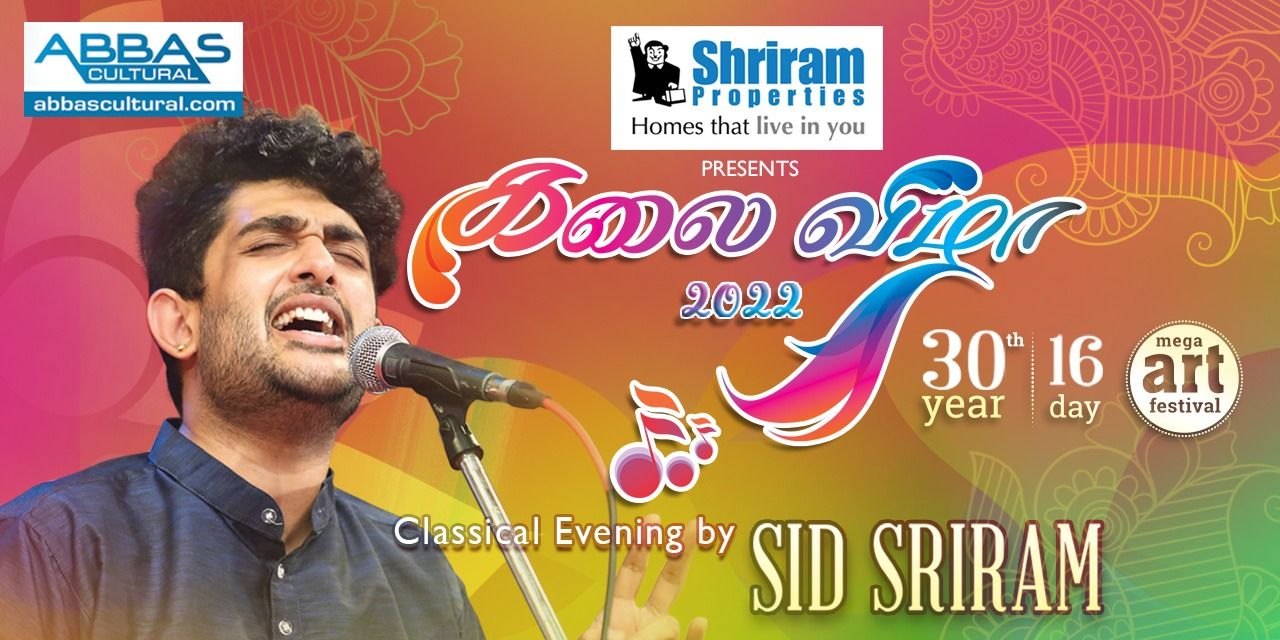 Sidharth Sriram is a Carnatic musician, an Indian-American music producer, playback singer, and songwriter. He is an R&B songwriter and has been working in the Tamil and Telugu music industry and also in Kannada and Malayalam film productions.

He continues to be an avid student of Carnatic music. Carnatic music has been a foundation for his musical journey and source of inspiration and vocal timbre. His concerts in Carnatic music was a springboard for his career in playback singing.

His strong foundation in Carnatic music and expertise in R&B genre brought him to the attention of the legendary Indian musical genius A R Rahman. A R Rahman has been and continues to be his mentor.