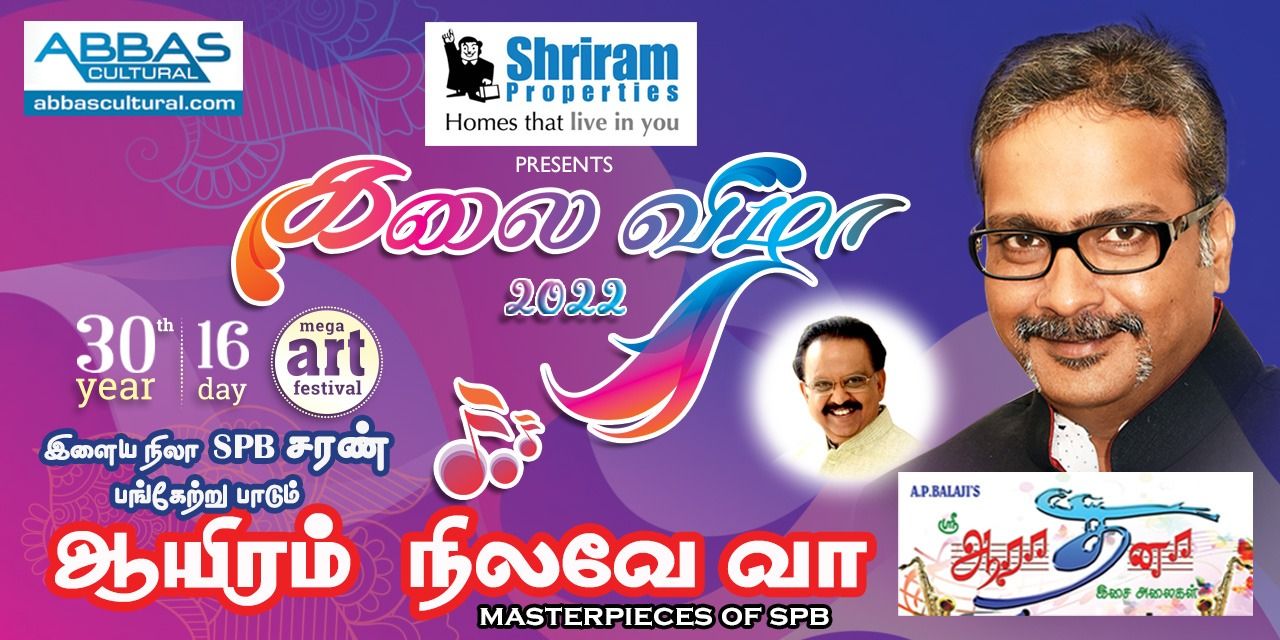 Why should you attend?
SPB Charan is the Real Voice of Shri. SPB
Enjoy a Mesmerising Evening of SPB`s Masterpiece Nila Songs
Much Awaited Musical Show for Ever Loving SPB Sir Fans

( Moon ) songs will be rendered by his son Ilaya Nila SPB.Charan.

Enjoy and get drenched in the mesmerising songs of SPB like Vannam konda vennilave, Vaa Vennila, Neela vana odayil, Paadu Nilave, Nandha en nila and many more such evergreen superhit songs to be sung by (The Real Voice of SPB), SPB.Charan.

SPB Charan is an Indian film playback singer, actor and producer known for his works primarily in Tamil and Telugu films.