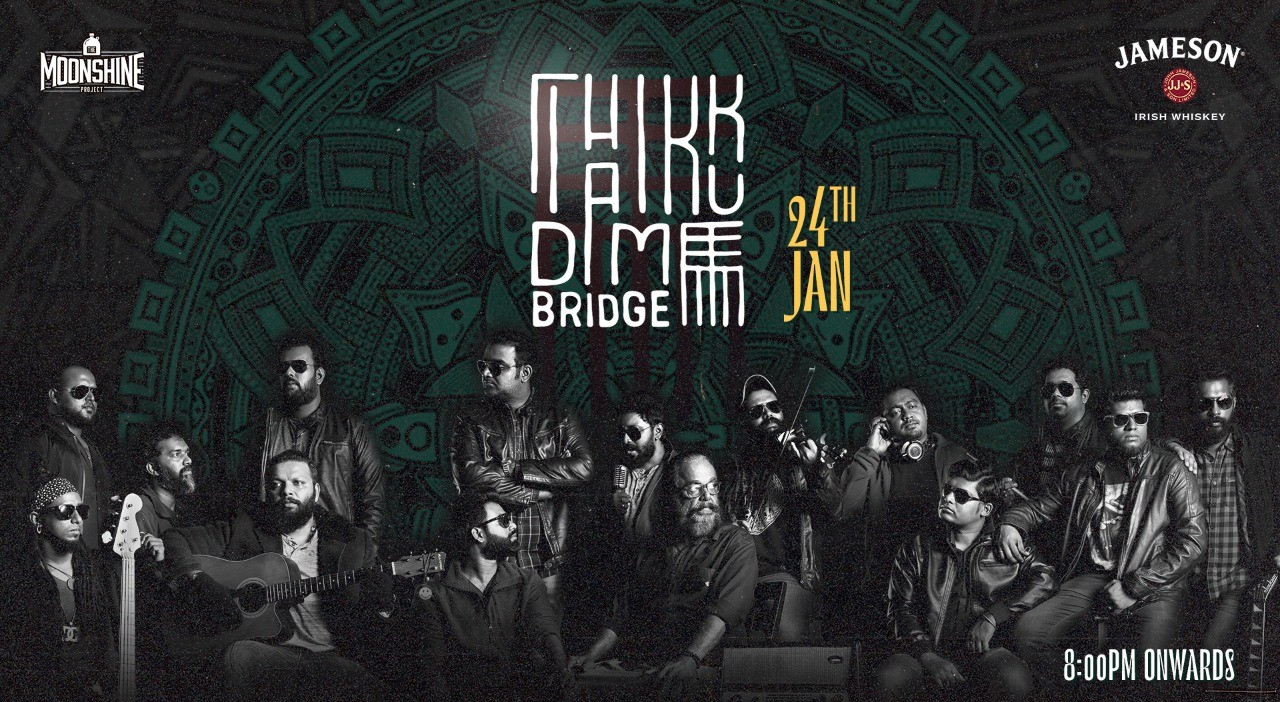 Thaikkudam Bridge is a Kerala-based music band, founded and formed in 2013.The band first became famous through the musical show Music Mojo, which is telecast on Kappa TV and their own composition “Fish Rock”, which became popular through social networking sites and YouTube. The band does not focus on any specific genre and has composed in many different genres.

According to sources within the band, the band literally had its inception near Thaikkudam Bridge at Thaikkudam, Kochi, in early 2013. Since then, the band has gone on to win numerous awards, perform at over 400 venues and released their own album.

As of November 2019, the band has released their second album ” Namah”. They will be playing songs of the second album. BE THERE!