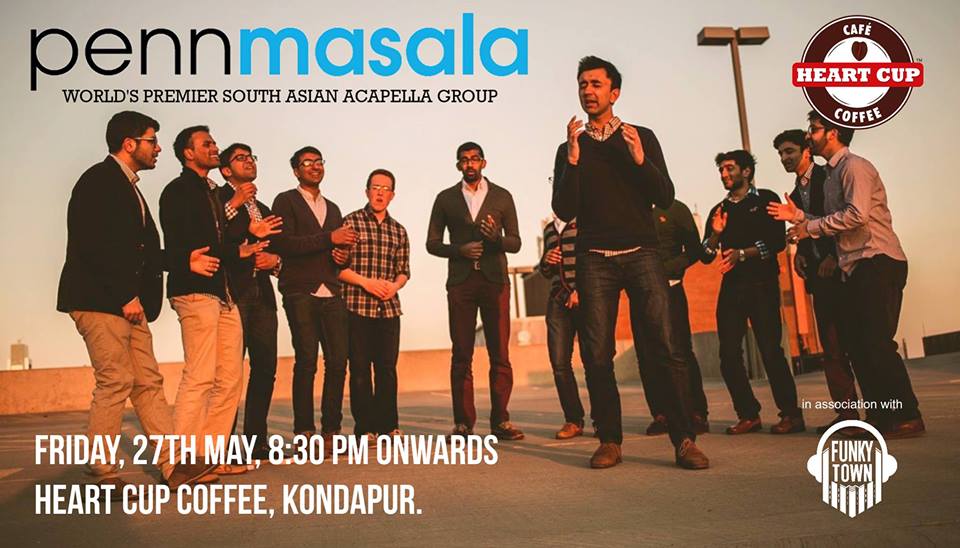 Heart Cup Coffee brings to you Penn Masala – World’s First and Premier South Asian Acappella Group.With the desire to create music that traversed traditional cultural boundaries and captured the experience of growing up with both Eastern and Western cultures. As the first group in the world to bring the sounds of the Indian subcontinent to a cappella, they’ve consistently been at the forefront of South Asian-Western fusion ever since.

Along the way, they’ve met and sung for heads-of-state, prominent businessmen, and international leaders, while traveling to some of the most vibrant cities across the world. They have been fortunate enough to have performed for President Obama at the White House, the Indian International Film Academy (IIFA) Awards, and we were featured in the Hollywood feature film and soundtrack for Pitch Perfect 2 which received an American Music Award for Best Soundtrack in 2015.

Register on the link to reserve your spot. Tickets to go live soon.