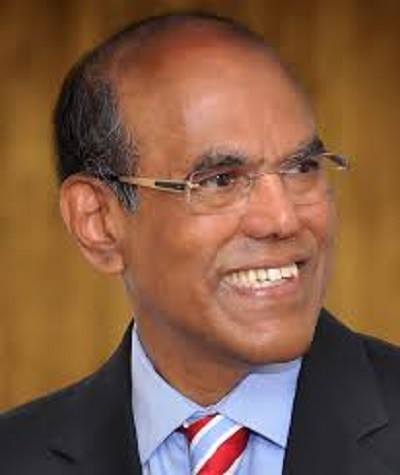 Dr Duvvuri Subbarao has written a seminal book – Who Moved My Interest Rate – on his time Leading the Reserve Bank of India Through Five Turbulent Years. His Manthan talk will be based on the book.

Duvvuri Subbarao’s term as the governor of the Reserve Bank of India from 2008 to 2013 was by all accounts an unusually turbulent period for the world and for India. The global financial crisis erupted within a week of his assuming office. Then, just as the impact of the crisis on India ebbed, the action shifted to combating a decade-high, stubborn inflation during 2009-11, which segued into a battle against a sharp depreciation of the rupee starting mid-2012.

‘Who Moved My Interest Rate’ is an insider’s account of the dilemmas and quandaries Subbarao confronted while leading the Reserve Bank through these extraordinary economic and political challenges.

Subbarao’s five years at the Reserve Bank also marked an intellectually vigorous period for central banking around the world. Not only did the global financial crisis test the policy force of central banks, but it also raised several questions about the breadth of their mandates and the limitations of their autonomy and accountability. While much of the existing debate is set in the advanced economy context, Who Moved My Interest Rate places these issues squarely in an Indian and emerging market perspective. This is also a compelling chronicle of Subbarao’s attempts to demystify the Reserve Bank and explain to the public its impact on their everyday lives. Honest, authoritative and deeply insightful, this book enhances our understanding of what is, arguably, one of India’s most trusted institutions.

Duvvuri Subbarao is an Indian Economist, Central Banker and Civil Servant. He was the 22nd Governor of Reserve Bank of India, served under Prime Minister Dr.Manmohan Singh. is a distinguished visiting faculty at National University of Singapore.

Dr. Subbarao was involved in the initiation of fiscal reforms at the state level and had managed a flagship study on decentralisation across major countries of East Asia including China, Indonesia, Vietnam, Philippines and Cambodia. He is credited with financial turnaround of Andhra Pradesh in late nineties when the state had slipped into an unprecedented fiscal crisis.

During his tenure as Governor of RBI, Dr Subbarao took initiatives for demystification of the Central Bank, including lucid presentation of terse macro economic concepts in the RBI publications and grassroots level interaction with the masses through various financial inclusion, financial literacy and village outreach programmes. He was instrumental in ensuring 100% meaningful financial inclusion in Ernakulam district of Kerala. In February 2012, Subbarao expounded his world famous theory on the New Trilemma of Central Bankers, which he named as the “Holy Trinity” of price stability, financial stability and sovereign debt sustainability as against Mundell’s well known “Impossible Trinity” of fixed exchange rate, free capital flows and independent monetary policy. Subbarao’s erudite exposition on holy trinity firmly established the Indian perspective in the scholastic debate on the global central banking trilemma.

Dr Subbarao’s taking charge as RBI Governor in 2008 was coincident with the outbreak of the Global Financial Crisis. Subbarao is generally credited as having safely stewarded Indian economy through the financial crisis.