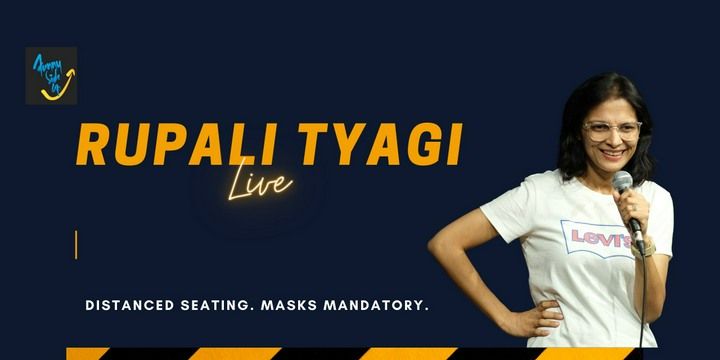 Rupali Tyagi is an engineer-turned-MBA-turned-Standup comedian.

She has been doing comedy for more than 4 years in Hyderabad. She recently released her video on Youtube called ‘Pregnancywhich has received wide viewership and appreciation. Check it out if you havent already!

Originally a small-town person but having lived across India for a decade, she takes you into a world of simple characters from life that you see in your family, at work, on street – people who matter and people who don’t! She talks about her life as a woman – a wife, a daughter and now a mother (Sigh!). This is her solo show. It is a mix of Hindi and English both and is sure to leave the audience in splits.