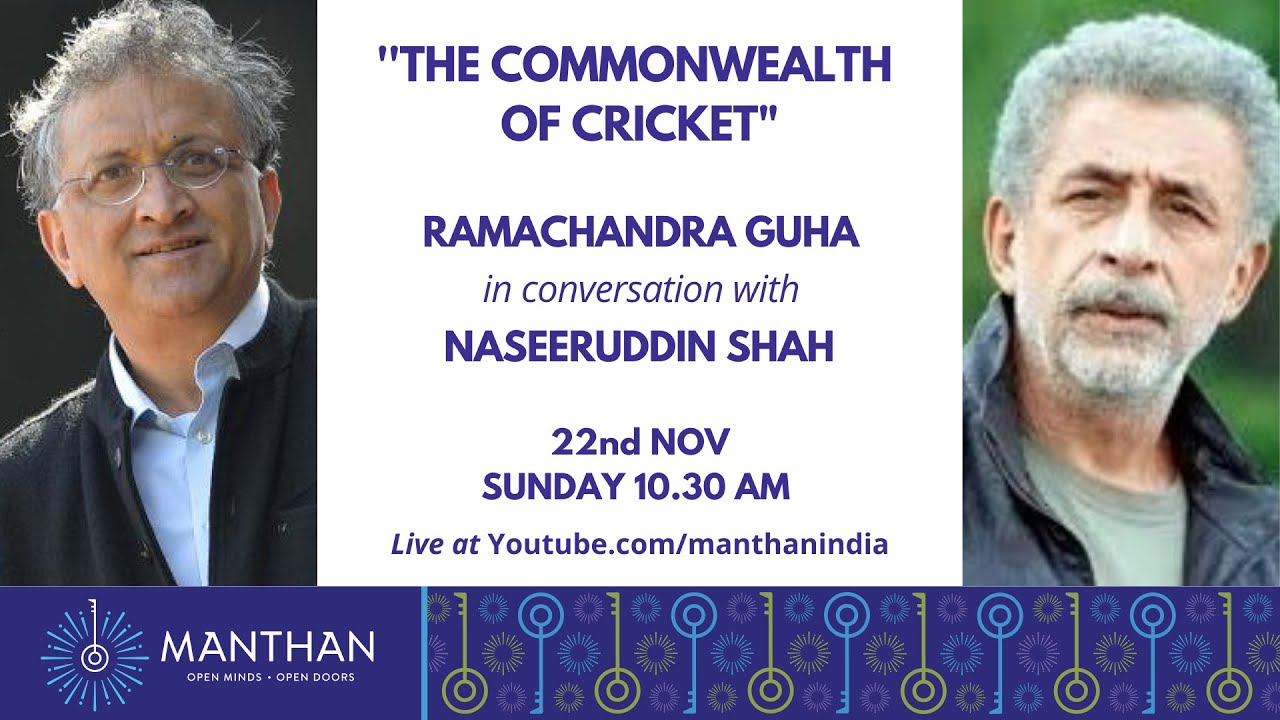 When Ramachandra Guha began following the game in the early 1960s, India was utterly marginal to the world of cricket: the country still hadn’t won a Test match overseas; by the time he joined the Board of Control for Cricket in India, fifty years later, India had become world cricket’s sole superpower.

His new book, ‘The Commonwealth of Cricket’ is a first-person account of this astonishing transformation. The book traces the entire arc of cricket in India, across all levels at which the game is played: school, college, club, state, country. It presents vivid portraits of local heroes, provincial icons, and international stars.

Cast as a work of literature, The Commonwealth of Cricket is keenly informed by the author’s scholarly training, the stories and sketches narrated against a wider canvas of social and historical change. The book blends memoir, anecdote, reportage and political critique, providing a rich, insightful and rivetingly readable account of this greatest of games as played in the country that has most energetically made this sport its own.

Mr Naseeruddin Shah will engage with Dr Guha, on this book and other issues.

He was born and raised in the Himalayan foothills. He studied in Delhi and Kolkata, and has lived for many years in Bengaluru. His many books include a pioneering environmental history, The Unquiet Woods, a landmark history of the Republic, India after Gandhi, and an authoritative two-volume biography of Mahatma Gandhi, both of which were chosen by the New York Times as a Notable Book of the Year. Having previously taught at Yale, Stanford and the Indian Institute of Science, he is currently Distinguished Professor in the Humanities at Krea University.

He has been a professional historian for some three decades now. He has been a cricket fanatic for three decades longer still. He says he writes on history for a living; and on cricket to live. His awards include the Leopold-Hidy Prize of the American Society of Environmental History, the Daily Telegraph/Cricket Society prize (for A Corner of a Foreign Field), the R.K. Narayan Prize, and the Fukuoka Prize. He is the recipient of an honorary doctorate in the humanities from Yale University.

NASEERUDDIN SHAH
Mr Naseeruddin Shah is one of the finest film actors that India has. Besides his path breaking work in acting, he has had an illustrious career in film making, theatre acting and direction. His brave and forthright comments on matters of public interest stand him apart from the rest.

Known to have revolutionized Indian parallel cinema he has won numerous awards in his career, including three National Film Awards, three Filmfare Awards and an award at the Venice Film Festival. The Government of India has honoured him with the Padma Shri and the Padma Bhushan awards for his contributions to Indian cinema. He graduated in Arts from the prestigious Aligarh Muslim University, after which he joined the National School of Drama in Delhi. He also taught at FTII and the NSD.

Besides everything else, he loves cricket immensely.