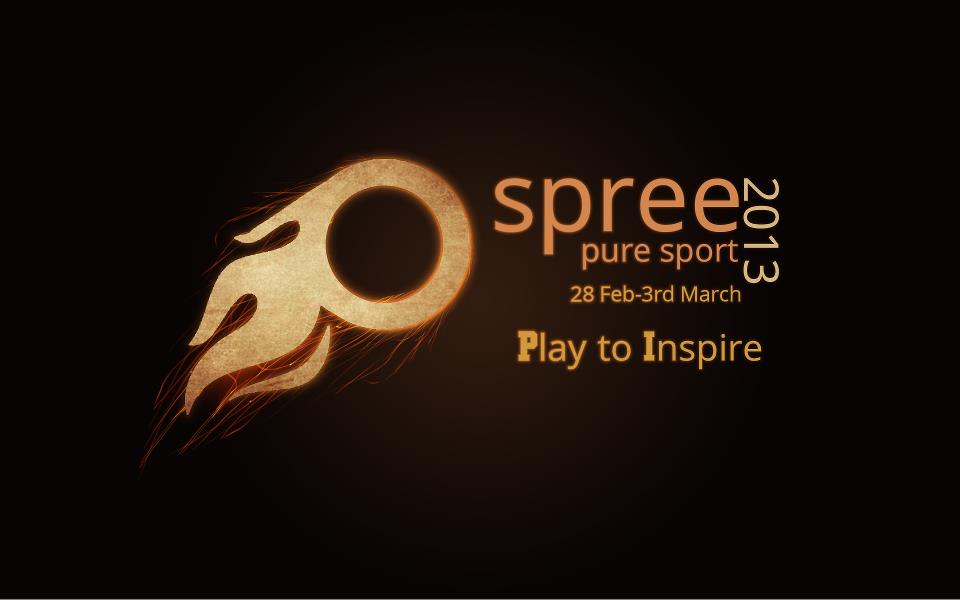 Spree 2013 – Play to Inspire
SPREE – the Annual National Sports Festival of BITS Pilani K K Birla Goa Campus is back in its 2013 edition.Spree 2013, themed ‘Play to Inspire’, aims at encouraging sporting talent through the true spirit of sportsmanship. In the quest to bring out the competitive edge, Spree 2013 will offer a plethora of fiercely contested main events and special events alongside. Cricket will be accompanied by Gully Cricket, Football by Futsal, Chess by anti-Chess and so on. In addition to this, there is an eclectic mix of off-beat events such as Pool, Kabaddi, Kho-Kho, and Go-Karting. Also, for the first time ever, the Futsal tournament is going national with eliminations in 6 cities – Pune, Mumbai, Bangalore, Delhi, Kolkata and Goa. Apart from the heart-pounding on-field action, Spree 2013 will also witness a number of workshops, exciting informal events, sporting exhibits and performances by performers from across the globe. So gear up for an exhibition of Pure Sport and be a part of India’s biggest Sporting extravaganza!