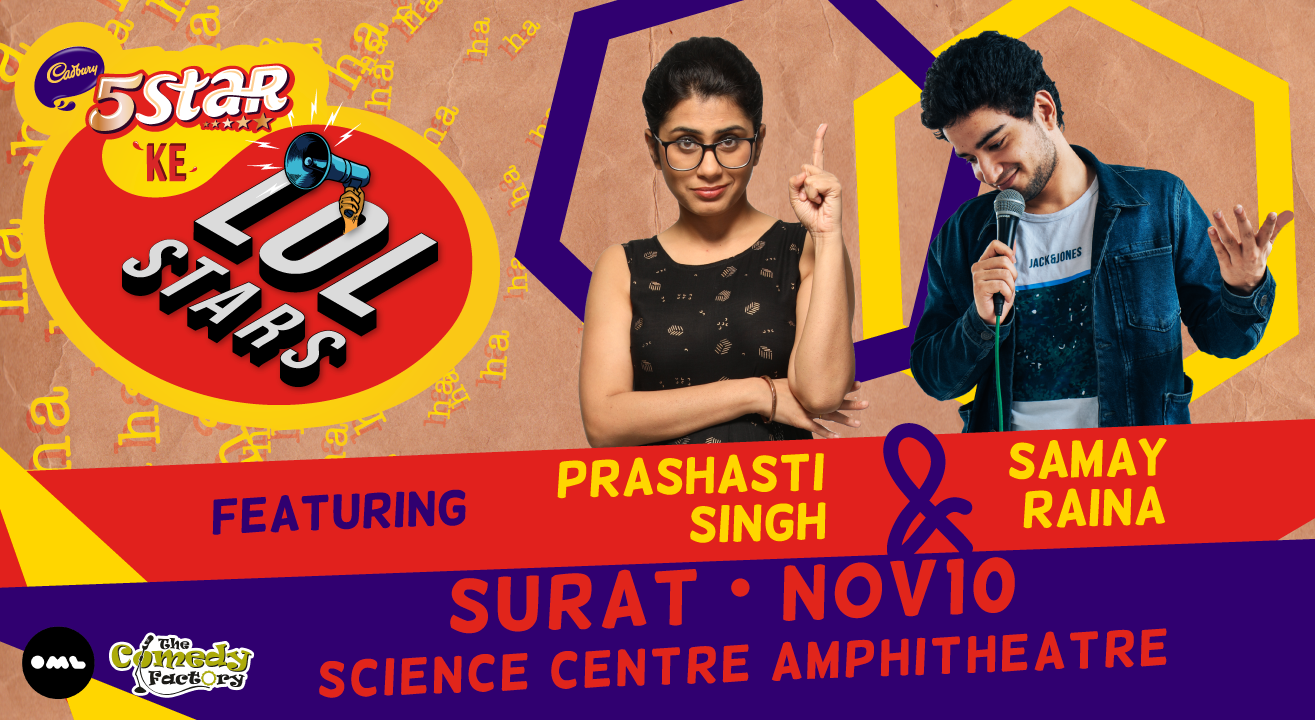 A LOLStars Comedy night promises you an evening of the finest comics giving you new comedy, which is guaranteed to leave you red in the face and give your abs a good workout. You will see one of the top comics on tour, supported by a rising star who has recently brought comedy club audiences to its collective knees. Keep checking this page because more and more shows will keep getting announced – and more cities as well. There could be a few surprises in there as well!

Prashasti Singh – Prashasti Singh is a stand-up comic, writer, actor and improviser, who you’ve most recently seen in Amazon Prime Video’s Comicstaan. She has been active in the Mumbai comedy circuit since 2015. She has 3 years of experience in improv comedy and 2 years in stand-up, performing across venues like Canvas Laugh Club, NCPA and the Cuckoo Club. Prior to comedy she has dabbled with theater and has performed at venues like Kamani auditorium in Delhi and Rangamandira in Bangalore. Prashasti has a degree in engineering from Delhi university and MBA from IIM Lucknow. She has worked with a Television Broadcast company for 4 years understanding and creating content for the heartland consumer.Modesty is clearly not her forte.

Samay Raina – Samay Raina is a very secular Kashmiri Pandit born in Jammu, living in Pune having studied in Hyderabad after moving from Delhi. He is hilarious and his idiosyncratic style of delivery makes him even funnier.