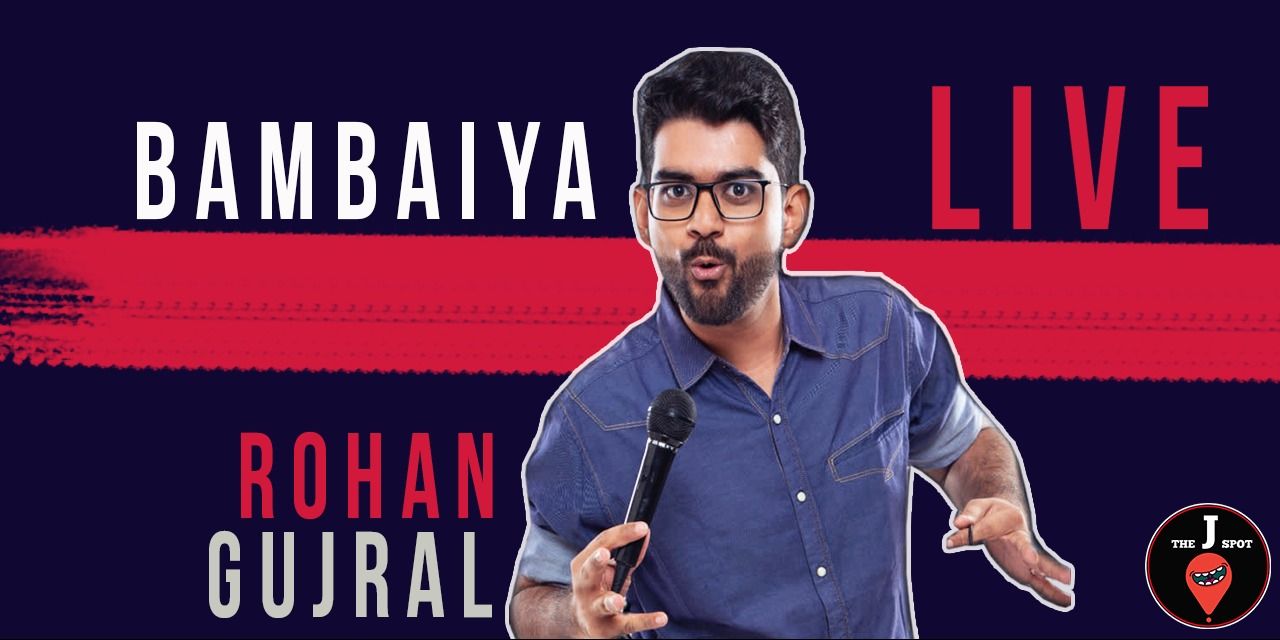 Bambaiya is a One-hour solo comedy trial show by Rohan Gujral. He featured on Comicstaan season 2 and now is your chance to catch him live. Rohan went to a Convent school where he was taught to be a gentleman and learned to speak in a very sophisticated way. But he grew up in a locality where everyone spoke like Munna Bhai MBBS.

So he has evolved into this mix of formal taporiness and this gets clearly highlighted in his comedy. On one hand, he loves reading Tom Sawyer and on the other, he loves dancing to Zingaat. You can expect jokes on local trains, rickshaws, and the Mughals all in his Bambaiya delivery style. Rohan has had the privilege of having a variety of senseless friends all throughout his childhood and will be sharing a few anecdotes from his interactions with them. Overall it`s a fun show toh aa jao!