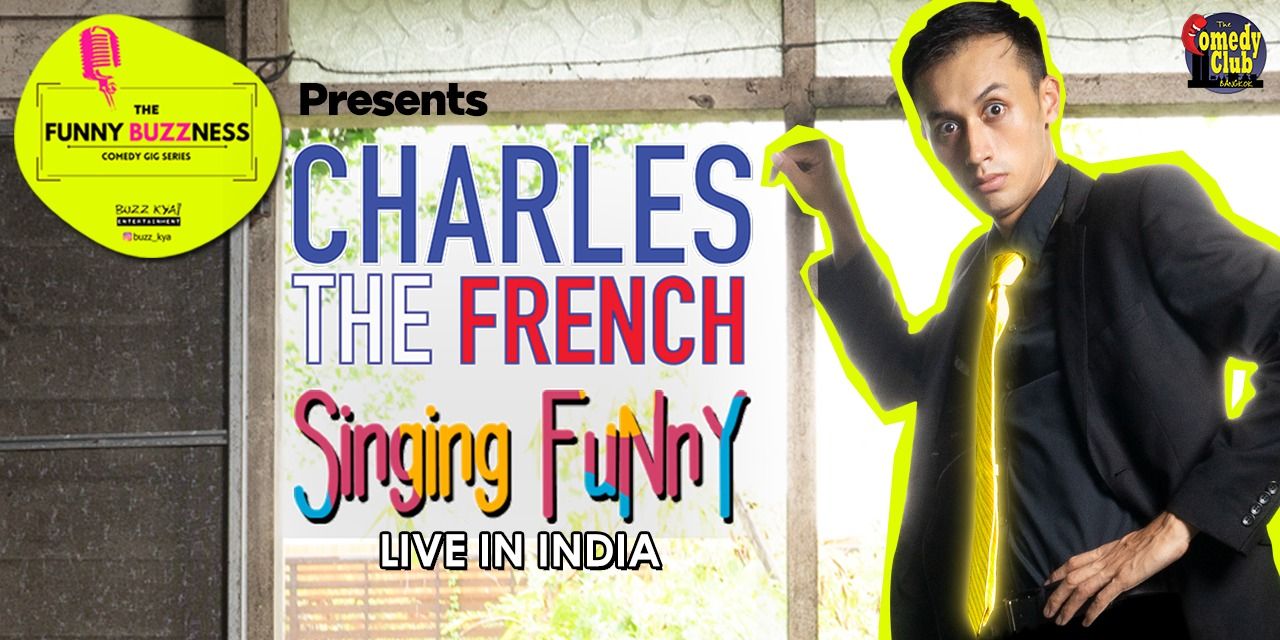 Why should you attend?
It`s Safe!
You Need a Break and Need to Laugh with your Loved Ones!

About
“Funny Buzzness”, a well known Comedy-gig Series organized by Buzz Kya Entertainment is set to host blockbuster entertainer and stand-up artist Charles on India Tour from 19 Dec to 29 Dec.

Funny BUZZness has been instrumental in putting Hyderabad on the map by hosting artists like Sorabh Pant, Sumukhi Suresh and Naveen Richards, Daniel Fernandes, Papa CJ and Vir Das, Kunal Kamra, Abish Mathew, Rahul Subramanian, Madboy Mink, General Zooz, and many others. In the last 5 years, they have worked with artists of local and national acclaim, entertaining an audience of 10,000+ across Hyderabad.

Charles The French is a comedian who is primarily known for his funny videos made with his friend Tada.

With over 600 million views combined, he is a reference in terms of student humor!

Apart from his online fame, Charles is an accomplished performer with over 2,000 shows performed worldwide.

After the success of his comedy magic show “Here Comes The Secret”, Charles The French is back in India with a MUSICAL COMEDY SHOW! Originally planned for 2020 and released in the end on YouTube as “This is Absurd”, Charles presents here his best comedy songs along with brand new ones. Not only that, he will also deliver standup comedy bits.

From his COVID spoof “The Viral Song”, to his quite not romantic “Perfect Love Song”, get ready to laugh and sing along!

Oh.. Charles can’t sing well by the way… but he can sing funny.