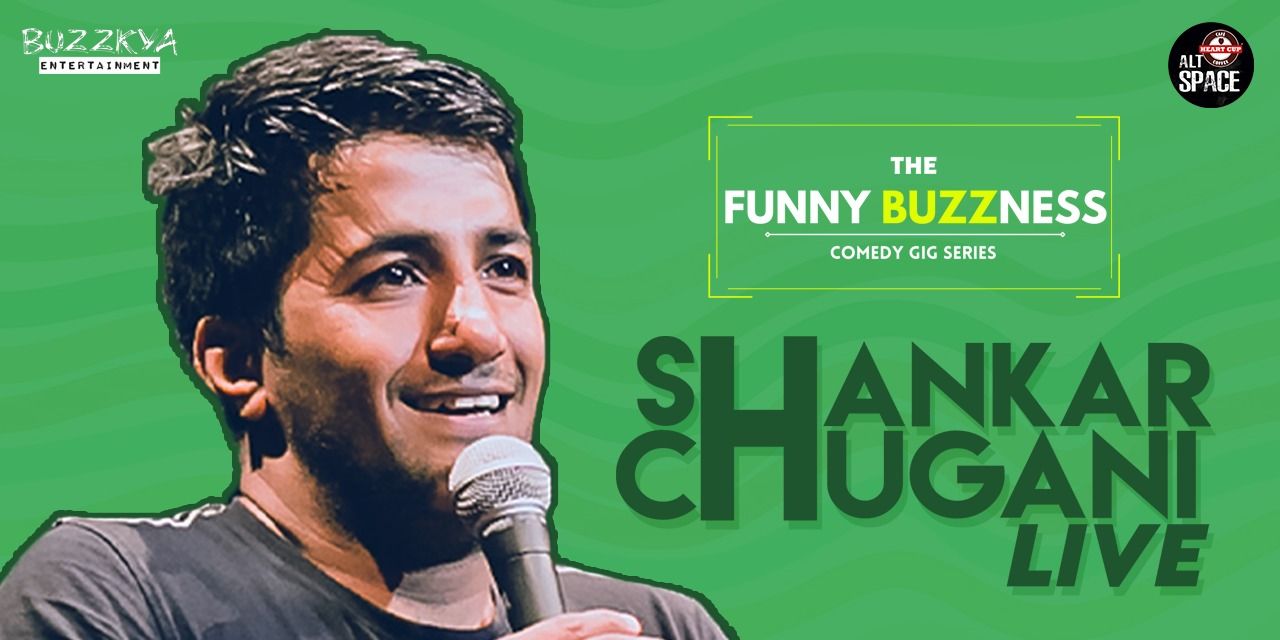 Funny BUZZness has been instrumental in putting Hyderabad on the map by hosting artists like Sorabh Pant, Sumukhi Suresh and Naveen Richards, Daniel Fernandes, Papa CJ, Vir Das, Kunal Kamra, Abish Mathew, Rahul Subramanian, Madboy Mink, General Zooz, Atul Khatri, and many others. In the last 5 years, they have worked with artists of local and national acclaim, entertaining an audience of 10,000+ across Hyderabad.

Shankar Chugani, has been a stand-up comic for over 8 years. He`s been traveling and telling jokes everywhere. From theatres and cafes in cities to a backpackers hostel in a hill station. Once he told jokes to an AC bus full of professionals on their way to Coorg. (Ask me about the time the bus driver hit the breaks hard in the middle of my punchline!)

Hes coming to Hyderabad! Its one of his favorite cities to perform in. He`s going to be talking about some of his experiences, and some imagined situations.