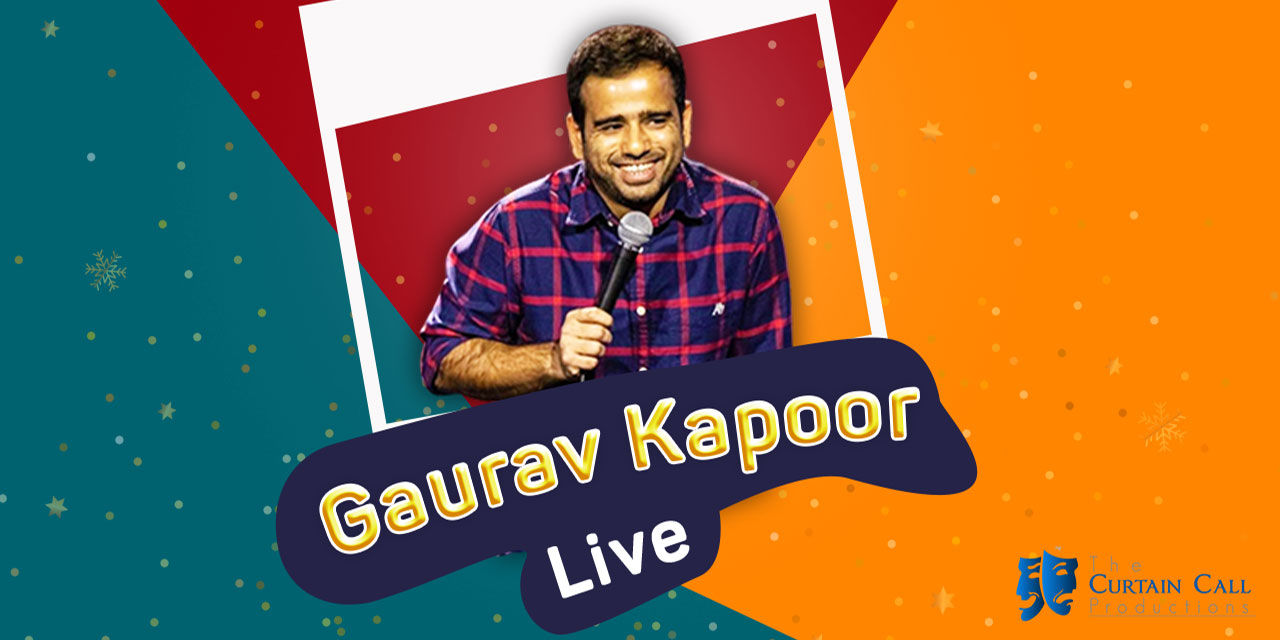 Gaurav Kapoor, the funny one from Delhi is back in action with the solo show live on stage. His razor-sharp wit and candid humour lead him to win almost every open-mic he has ever participated in. Gaurav is a regular featured act at comedy clubs across the country and has performed on the biggest of stages including opening for Vir Das and Russell Brand on his India tour. Since then, he has done numerous live shows, released videos on YouTube and have also released a stand up special, HahaKaar (IMDB Rating – 8.2), on Amazon Prime. His shows are a mix of observational humour and anecdotes where he narrates stories from corporate offices, festivals, 90’s era, food, travel and his marriage. The stories could be 100% true or could be 100% made up. You can only guess. The best thing is, his friends say that the stories he narrates off stage are even funnier but we may never know.

Join him as he makes fun of super-relatable observations and situations from all walks of life!