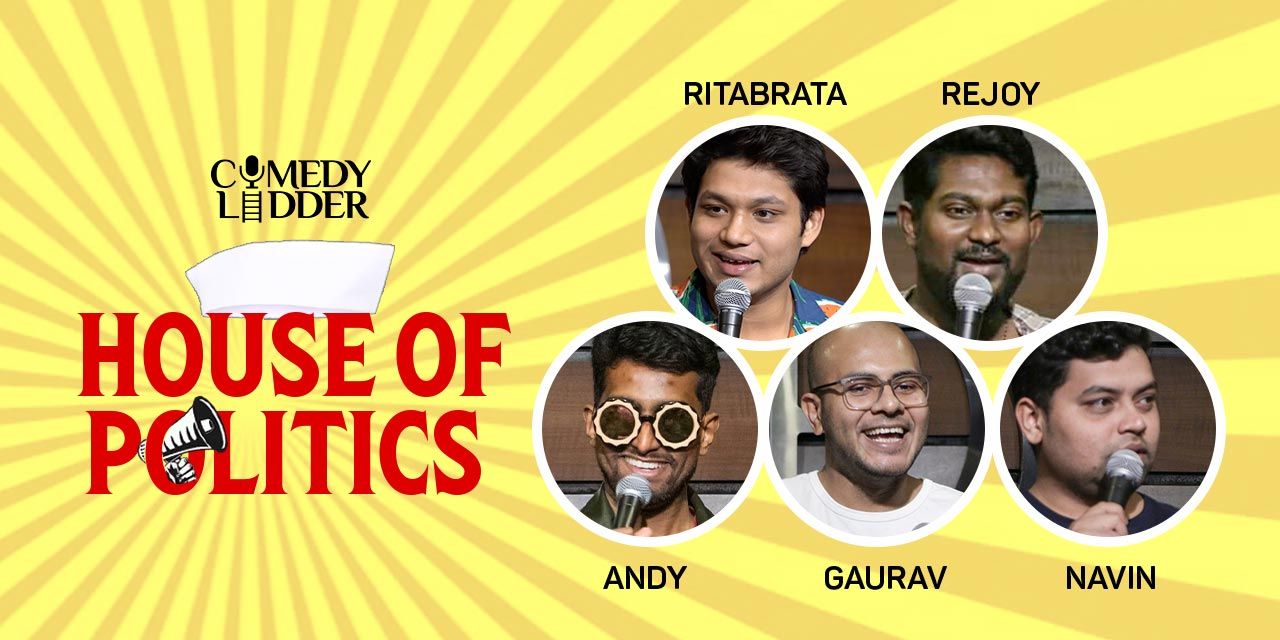 House of politics presented by comedy ladder is a political standup comedy show. House of politics is not the parliament, you will get what you paid for here. an evening of anti establishment comedy as we pay GST for the same establishment. We called the show house of politics coz anti- national was already taken. this show aims to solve corruption and bring back black money.