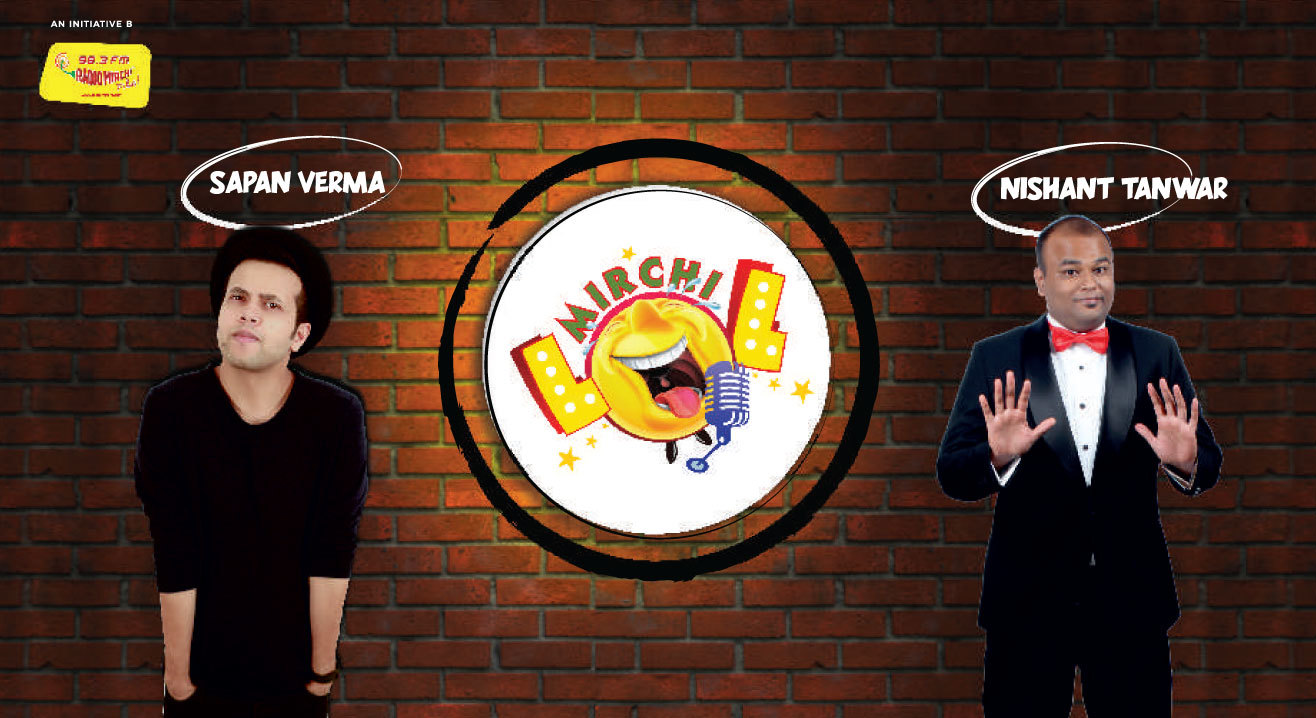 Mirchi LOL will bring you best comedians in the country at your city. 1st concert of Pune will be having Sapan Verma and Nishant Tanwar. It will be evening full of laughter, fun and food.

Sapan Verma is one of India’s most popular and experienced English standup comedians and a co-founder of the East India Comedy. He has done over 700 shows not only in 30 cities across India, but also in New York, Paris, Spain, Dubai, Singapore and China. Sapan has also written, directed and acted in a bunch of online viral videos that have over 1 billion views on YouTube. He was also a regular presenter on NDTV Prime’s news comedy show The Bottom Line.

Nishant Tanwar (known by his pseudonym Joke Singh, born November 7) is an Indian comedian and actor. He began performing in Gurgaon in 2009. He started off his career working at NDTV, when he found his passion in stand up comedy at an open mic event. Apart from corporate shows, he has performed and conceptualized many comedy specials like Comedy in Diversity, Two and a Laugh Men, and Third World Comedy[2] and is the founding member of IPL (Improv Premier League), Delhi’s foremost improv comedy troupe.