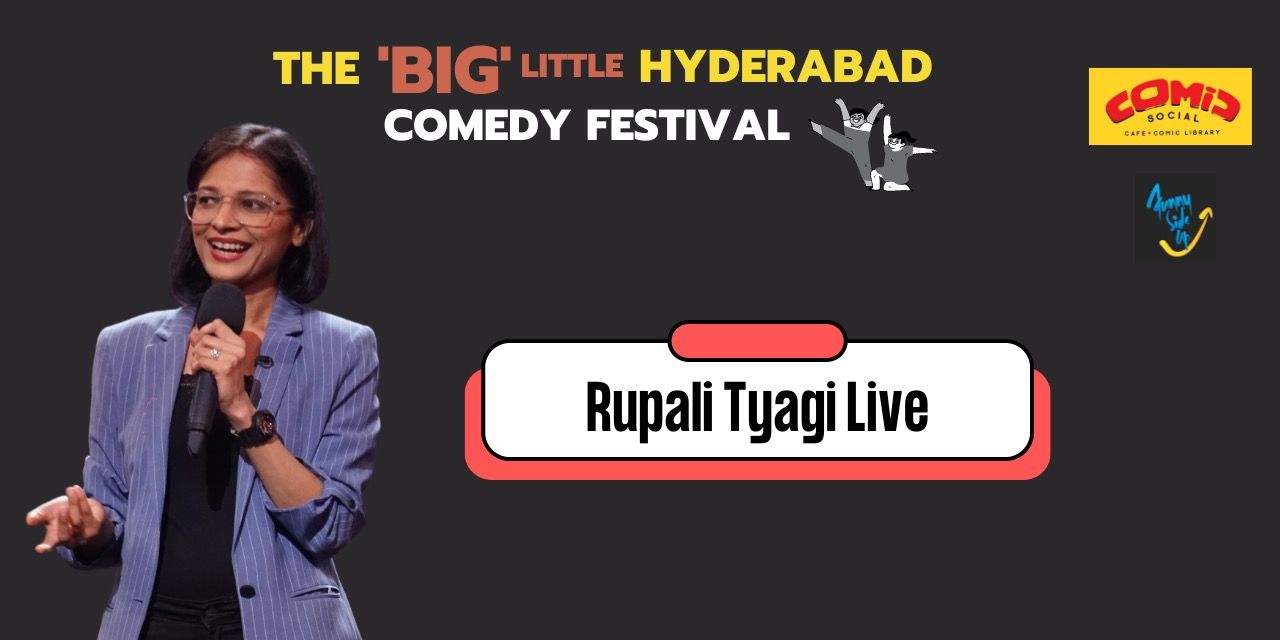 Check out her video on Youtube titled Pregnancy which has hit more a million views. Rupali is an engineer-turned-MBA-turned Stand-up comic. She was featured on the Sab TV/SONY LIV show Good Night India recently.

Originally a small-town person but having lived across India for a decade, she takes you into a world of simple characters from life that you see in your family, at work, on-street – people who matter and people who don’t! She talks about her life as a woman

– a wife, a daughter and now a parent (Sigh!). This is her solo show. It is a mix of Hindi and English and is sure to leave the audience in splits.

The Hyderabad comedy circuit has been active for almost a decade now and has given some unique voices to the Indian comedy scene.

This festival aims to celebrate our own home-grown comics and bring to you the finest of Hyderabad acts – some popular, some hidden gems.

*There are back to back shows programmed during the festival. Kindly be on time to not miss out on the fun.