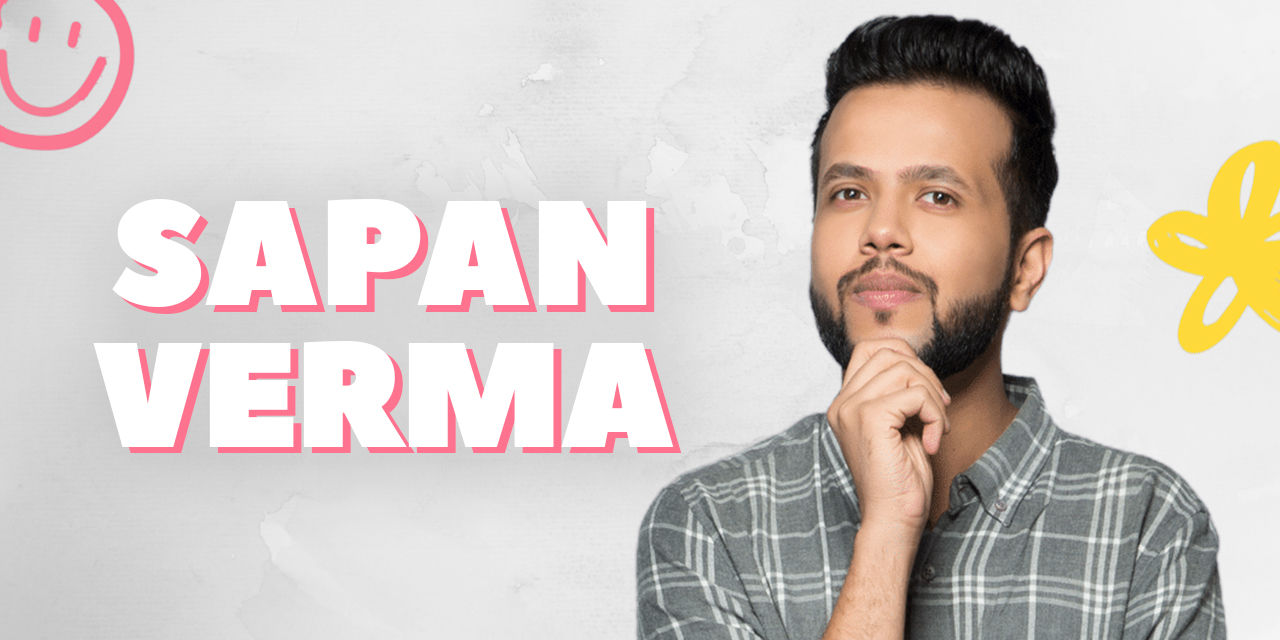 This is just some of the praise Sapan is hoping you shower him with after watching him live. Catch him in your city LIVE as he goes on tour with his new hour of jokes!

What’s the show about, you ask?
Well, if he knew, this description box wouldn’t be full of random adjectives attempting to reach the desired word count like a disgraced student hoping to pass their exam.

What’s in it for you, you ask?
There’s killer jokes, sharp observations and great storytelling in this hour-long set. He’ll also wear a pair of cool sneakers, if you’re into that shit.

What’s in it for him, you ask?
Your validation and dough, both of which will make him content temporarily until he starts whining about the meaning of life again.

Look man, if you’ve had to read till here to make up your mind, you’re a bit messed up as a person. I mean I’m no one to judge, I’m just the description box. You do you, boo!

All I’m saying is that you’ve been locked up at home for over a year and you probably need some fun social interaction, so just go watch the damn show! Who knows, it might even be hilarious, outstanding, profound”