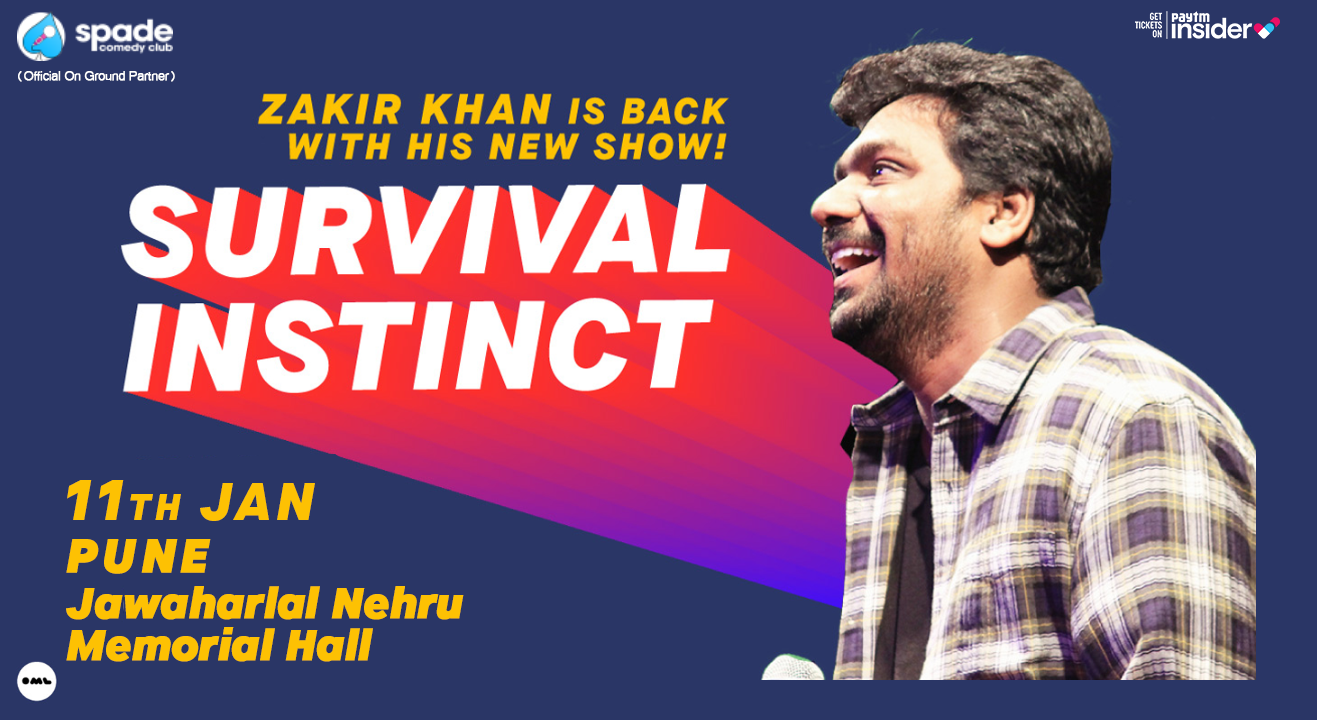 A Brand New Stand up Special By Zakir Khan

The show is a dive into all Zakir’s shenanigans where he shares stories about being very consistently careless. He talks about how it always lands him in tough circumstances that would otherwise be butter easy. The show is called ‘Survival Instinct’ because now he has evolved into a higher species by adapting to his own flaw of being supremely low on conscientiousness. It’s basically him showing off at how good he is in moonwalking his way out of situations which he is to blame for. Some of these events have occurred while he was on a train to Delhi and one is from a time when he decided to watch a movie at the cinemas. Being a pro in this genre, Zakir also shares idiosyncrasies of couples, and mannerisms of young love. The biggest face of Indian Stand up Comedy is back with his cockiest material. If you miss this, the loss is real.

About Zakir Khan
Zakir has ability to highlight comic elements in everyday. He is known for his “uniquely Indian” style of comedy, which involves him impeccably catching on the emotions that are common to every Indian household and youngsters struggling to make it big in India. He seamlessly puts a spin to his anecdotes, which are simple yet hilarious, and catchphrases like “Sakht Launda” have become a fixture in his fans’ daily vocabulary. He has won may accolade for his Amazon Prime Video special “Haq se Single” which has made him one of the most sought-after names in the field of Indian comedy. He has also enjoyed a brief stint as a judge on the fifth season of The Great Indian Laughter Challenge and is currently working on his fictional show for Amazon Prime Video, titled “Humare Chacha Vidhayak”, which is slated for an early next year release.