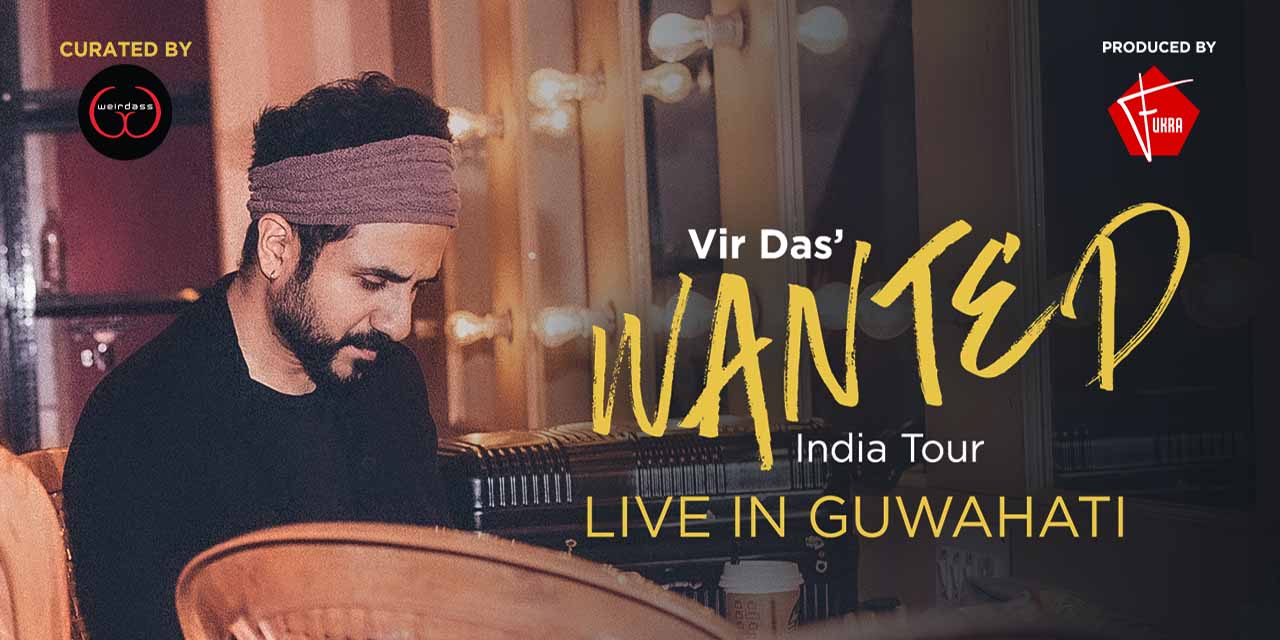 India’s highest selling English stand-up comedian Vir Das, is bringing his brand new show THE WANTED TOUR to Guwahati! The tour has travelled across 15 cities with 20 shows and is now ready to go across India this summer.

About Vir Das
Vir has sold over 3 million tickets worldwide. Has performed 4 world tours across 36 countries. Was featured in Variety magazine as a “Top 10 Comic To Watch.” He will be seen in the upcoming Judd Apatow film The Bubble for Netflix this year. He has written and produced four Netflix specials in five years. His third Netflix special For India, received an International Emmy nomination. Outside of Bollywood, he starred as an actor in the ABC spy dramedy Whiskey Cavalier, the comedy sitcom Fresh Off the Boat, the Amazon Prime travel series Jestination Unknown and the Netflix series Hasmukh, which Vir created and executive produced.