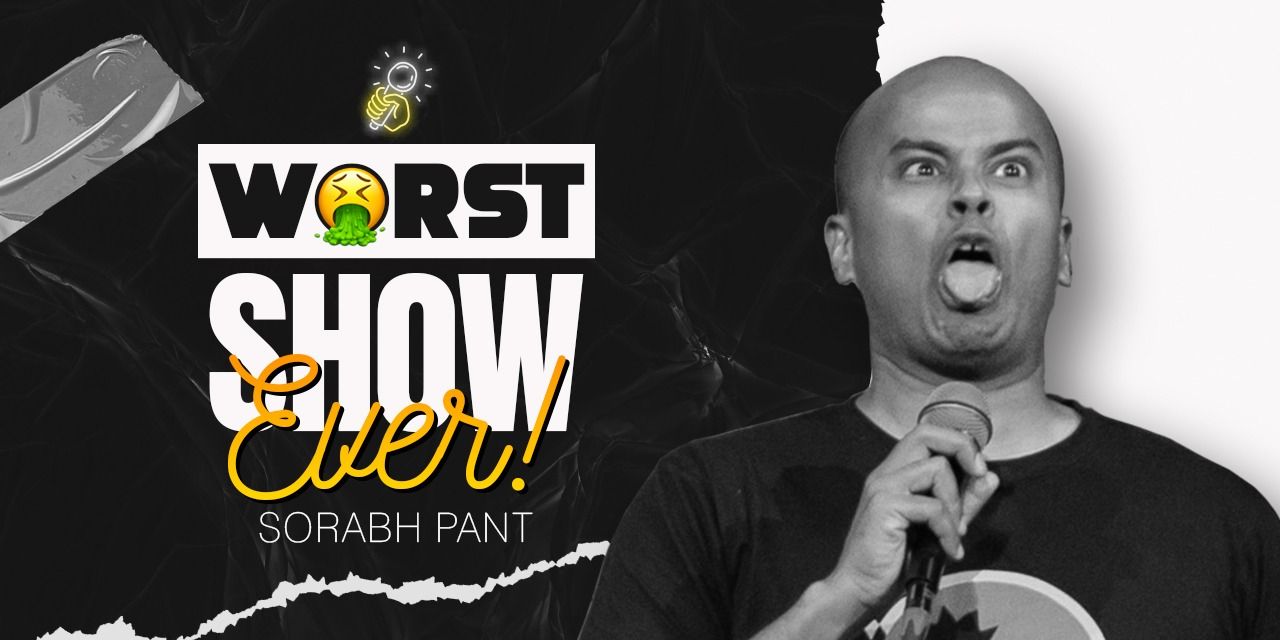 Sorabh Pant once performed for a tree. He’s also competed with a buffet, had 100 people walk out of a show, been heckled by celebrities, had people crying in a show, threatened multiple times, performed for Anil Kapoor’s back and gotten heckled in languages he doesn’t speak.

He tells you the worst, best, weirdest shows he’s ever done. This won’t be one of them. Even if it is, that’s just new material.