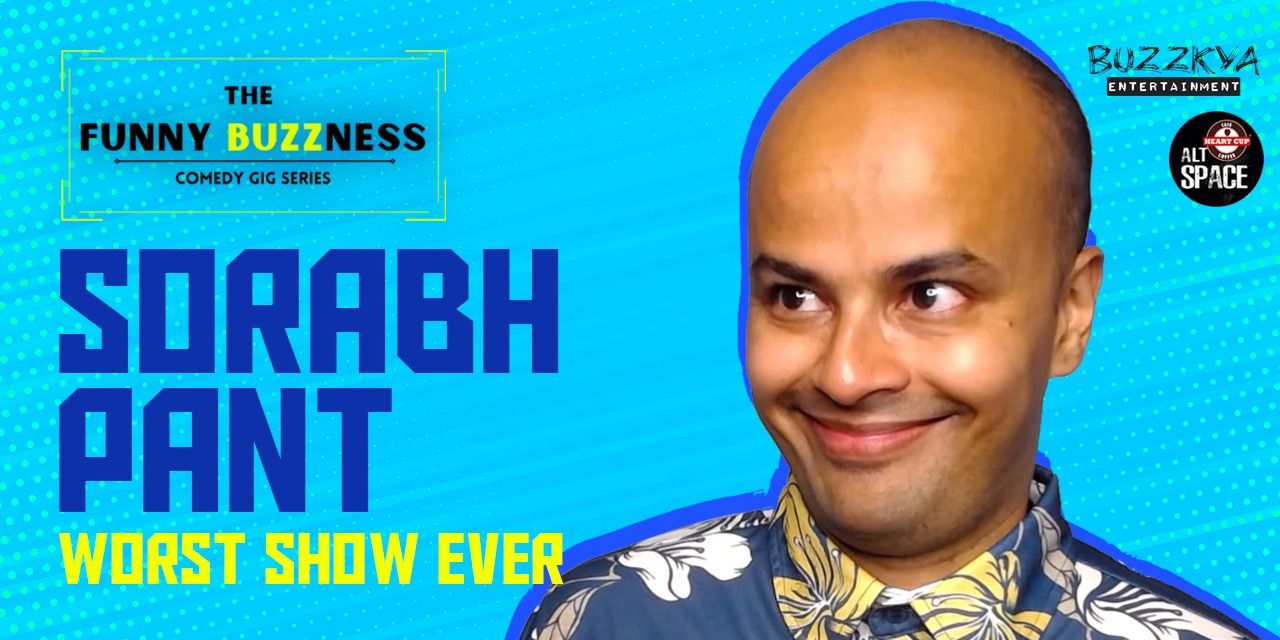 Funny BUZZness has been instrumental in putting Hyderabad on the map by hosting artists like Sumukhi Suresh and Naveen Richards, Daniel Fernandes, Papa CJ, Vir Das, Kunal Kamra, Abish Mathew, Rahul Subramanian, Madboy Mink, General Zooz, Atul Khatri, and many others. In the last 5 years, they have worked with artists of local and national acclaim, entertaining an audience of 10,000+ across Hyderabad.

Sorabh Pant once performed for a tree. He’s also competed with a buffet, had 100 people walk out of a show, been heckled by celebrities, had people crying in a show, threatened multiple times, performed for Anil Kapoor’s back, and gotten heckled in languages he doesn’t speak.

He tells you the worst, best, weirdest shows he’s ever done. This won’t be one of them. Even if it is, that’s just new material.