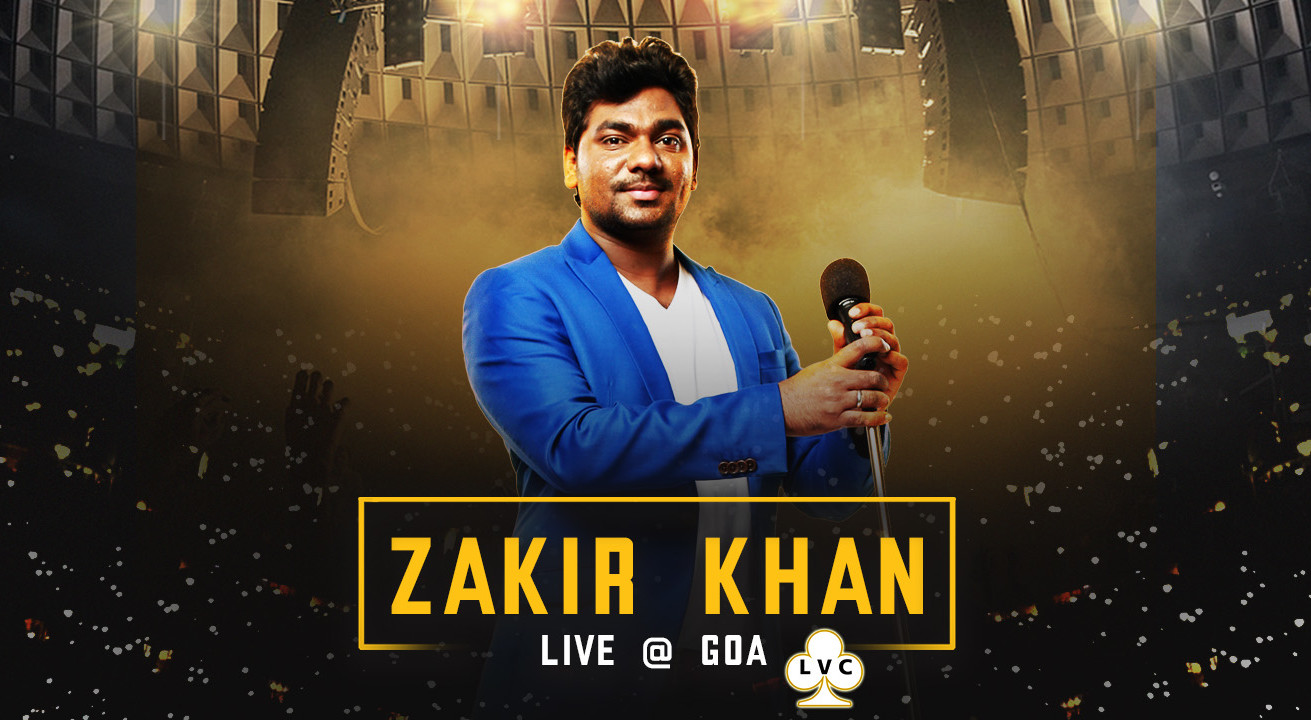 Las Viegas Comedy Club (LVC) is proud to present its blockbuster show with none other than the Sakth Launda himself, Zakir Khan! Zakir Khan is the quintessential Launda; your friendly neighbourhood guy, college senior, 4am friend and experienced colleague. He has been through everything that you have – love, relationships and surviving as the small fish in a big pond – and is ready to share his own comic perspective on it. This time, get ready to laugh your lungs with none other than Zakir Khan performing in Goa.

Zakir Khan
Zakir has ability to highlight comic elements in everyday. He is known for his “uniquely Indian” style of comedy, which involves him impeccably catching on the emotions that are common to every Indian household and youngsters struggling to make it big in India. He seamlessly puts a spin to his anecdotes, which are simple yet hilarious, and catchphrases like “Sakht Launda” have become a fixture in his fans’ daily vocabulary. He has won may accolade for his Amazon Prime Video special “Haq se Single” which has made him one of the most sought-after names in the field of Indian comedy. He has also enjoyed a brief stint as a judge on the fifth season of The Great Indian Laughter Challenge and is currently working on his fictional show for Amazon Prime Video, titled “Humare Chacha Vidhayak”, which is slated for an early next year release.