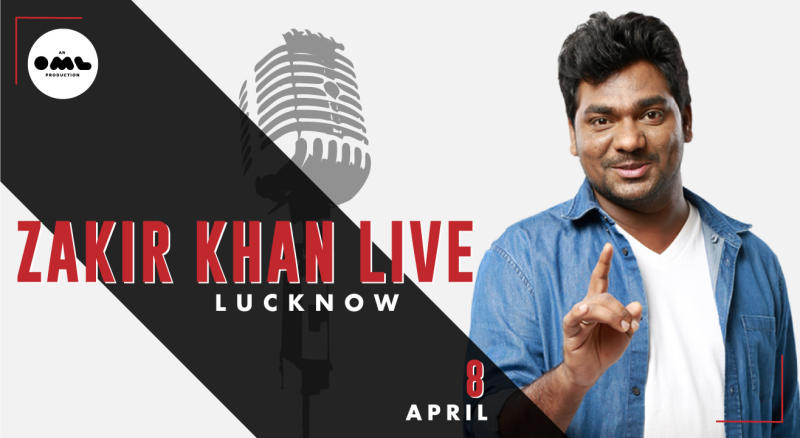 Zakir Khan is one of the the brightest comedians in the country, as proven by the massive success of his recent Haq Se Single tour, and the Amazon Prime special of the same name. Zakir created waves in 2016 with his appearance on AIB Diwas, as he swiftly went on to become what AIB founder Tanmay Bhat describes as “The biggest stand-up comedy act in India. Period”. A writer by profession, this ‘Confused Desi’ serves his take on modern India, with a hard-to-resist style of humour that’ll have you nodding your heads and clapping as you’ll relate to everything he says. One of the few comedians to consistently sell out venues across the country with his hard-to-resist rustic humor, Zakir Khan’s phenomenal rise as one of the most popular comedians in the country is nothing short of extraordinary. Over the last year, he has sold 50,000 tickets with over 100 shows in clubs, colleges and arenas. Called a pioneer of storytelling in Indian comedy, his take on modern India will have you nodding and clapping repeatedly. One of the few comics to India to do stand-up almost entirely in Hindi, Zakir is indeed a unique act, and it’s easy to see why.

Zakir has ability to highlight comic elements in everyday. He is known for his “uniquely Indian” style of comedy, which involves him impeccably catching on the emotions that are common to every Indian household and youngsters struggling to make it big in India. He seamlessly puts a spin to his anecdotes, which are simple yet hilarious, and catchphrases like “Sakht Launda” have become a fixture in his fans’ daily vocabulary. He has won may accolade for his Amazon Prime Video special “Haq se Single” which has made him one of the most sought-after names in the field of Indian comedy. He has also enjoyed a brief stint as a judge on the fifth season of The Great Indian Laughter Challenge and is currently working on his fictional show for Amazon Prime Video, titled “Humare Chacha Vidhayak”, which is slated for an early next year release.