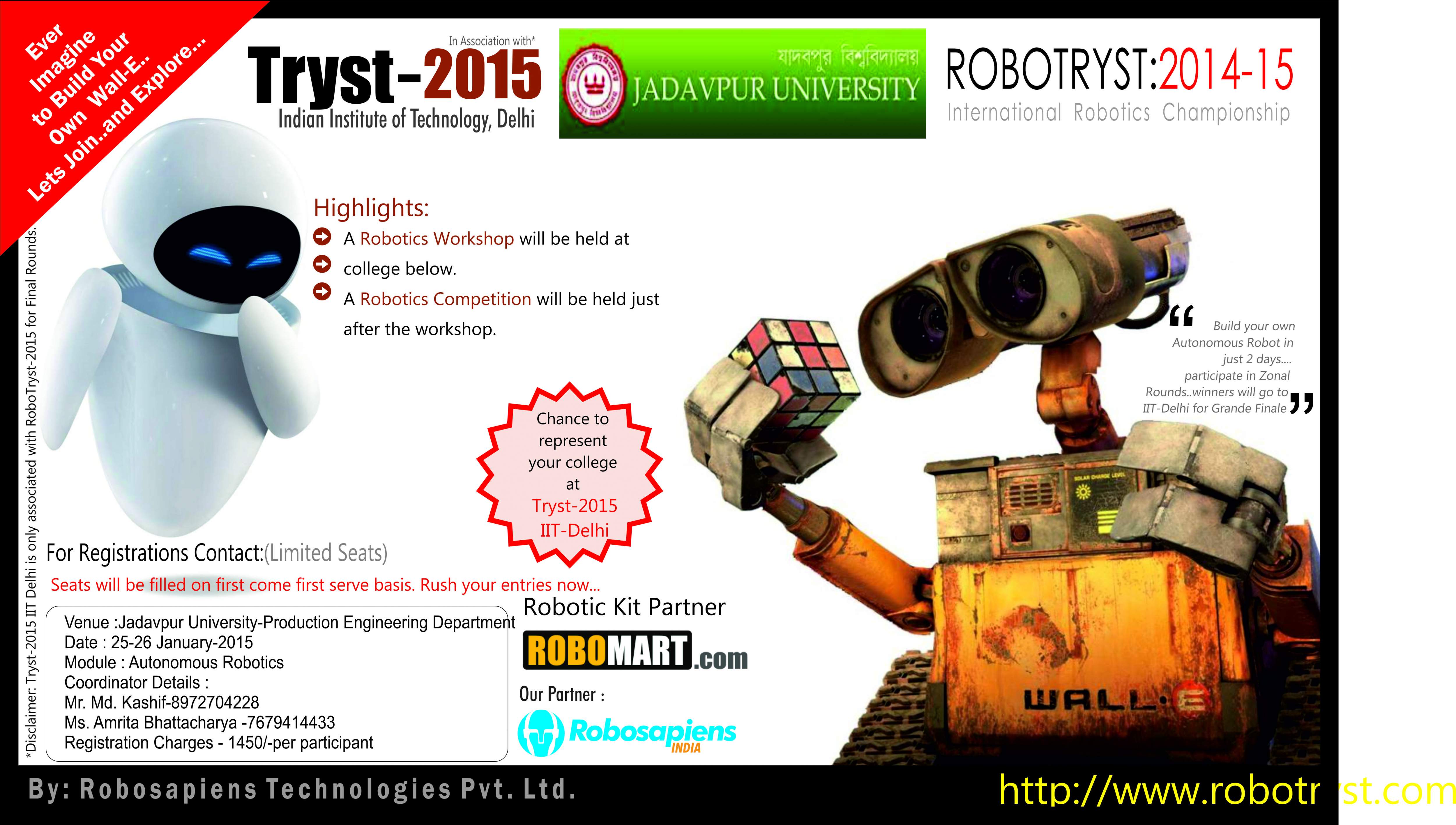 Build your own autonomous robot in just two days..
TRYST-2015 IIT DELHI in association with Robotryst-2015 is conducting a workshop on ‘Autonomous Robotics’ followed by prelims of zonal rounds of Robotics competition. Winners of zonal rounds will go to IIT DELHI for Grand finale.

Everybody from an engineering/science background from SCHOOLS & COLLEGES do come and attend this workshop on 25-26th January at Jadavpur University. IIT Delhi ROBOTRYST 2015 (Techfest) Sponsoring Robosapiens robotics workshop!!! A great opportunity to learn and make Autonomous Bots! Seats will be filled on a first come first serve basis. So hurry people.