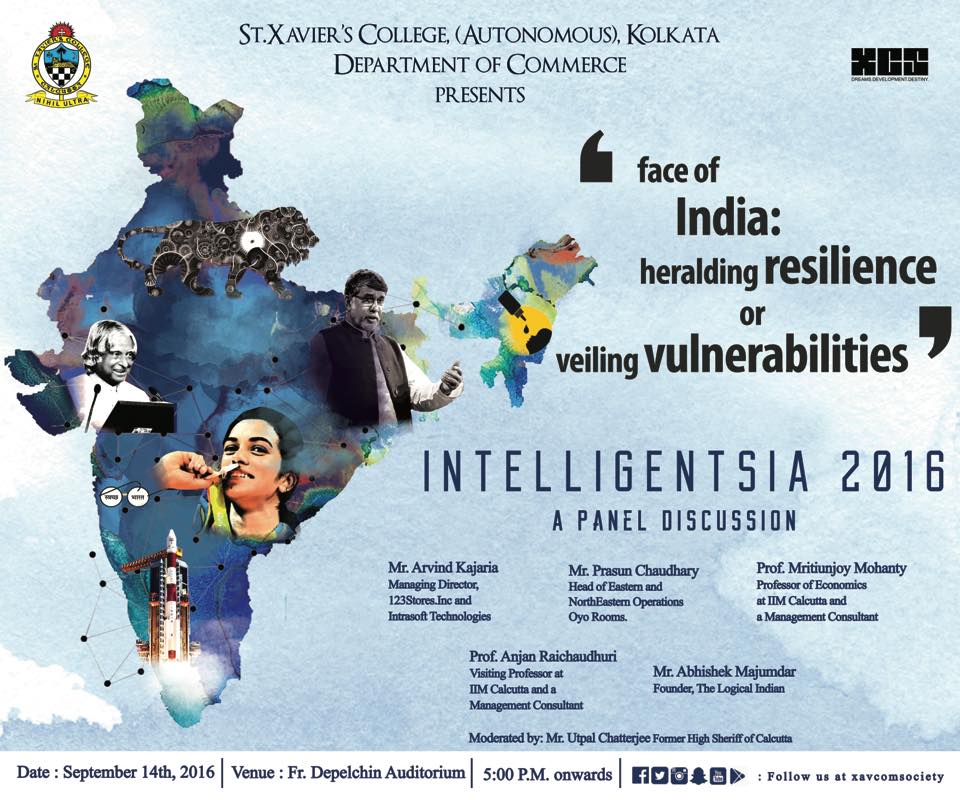 The Commerce Department of St. Xavier’s College (Autonomous), Kolkata is organising its annual panel discussion, “Intelligentsia” on 14th September 2016, 5 P.M. onwards where we aim to bring in eminent personalities to express their viewpoints on a pertinent topic.
The topic for the panel discussion this year is:
“Face of India: Heralding Resilience or Veiling Vulnerabilities”

At Intelligentsia 2016, we seek to explore the face of a nation billed as an emerging superpower. In more ways than one, India has been resilient on the global front with the world taking notice of it and in the recent times also, the nation has heralded resilience in countless ways in areas including the economy, the freedom of expression, and the upheaval against heinous crimes. However, there does exist an India masking its vulnerabilities with the utmost care from the rest of the world.

The Panel Discussion will be followed by the launch of ‘YOUTHINK’ Vol. XI, the annual journal of the Department of Commerce. The theme for this year’s journal is “RESILIENCE”.