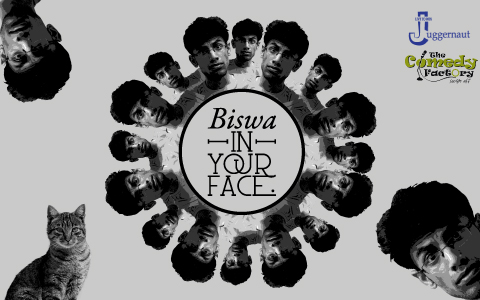 This is the second hour long stand up special that comedian Biswa Kalyan Rath has produced and the first one he is touring the country with. His style of comedy can be best described as angry rants bordering on what’s socially acceptable, thus ‘In Your Face’. The show covers wide range of topics from growing up to social anxiety to existential crisis and beyond. He switches between the topics making them seem somehow coherent and related. Go watch if you want to watch, because nobody cares either way.