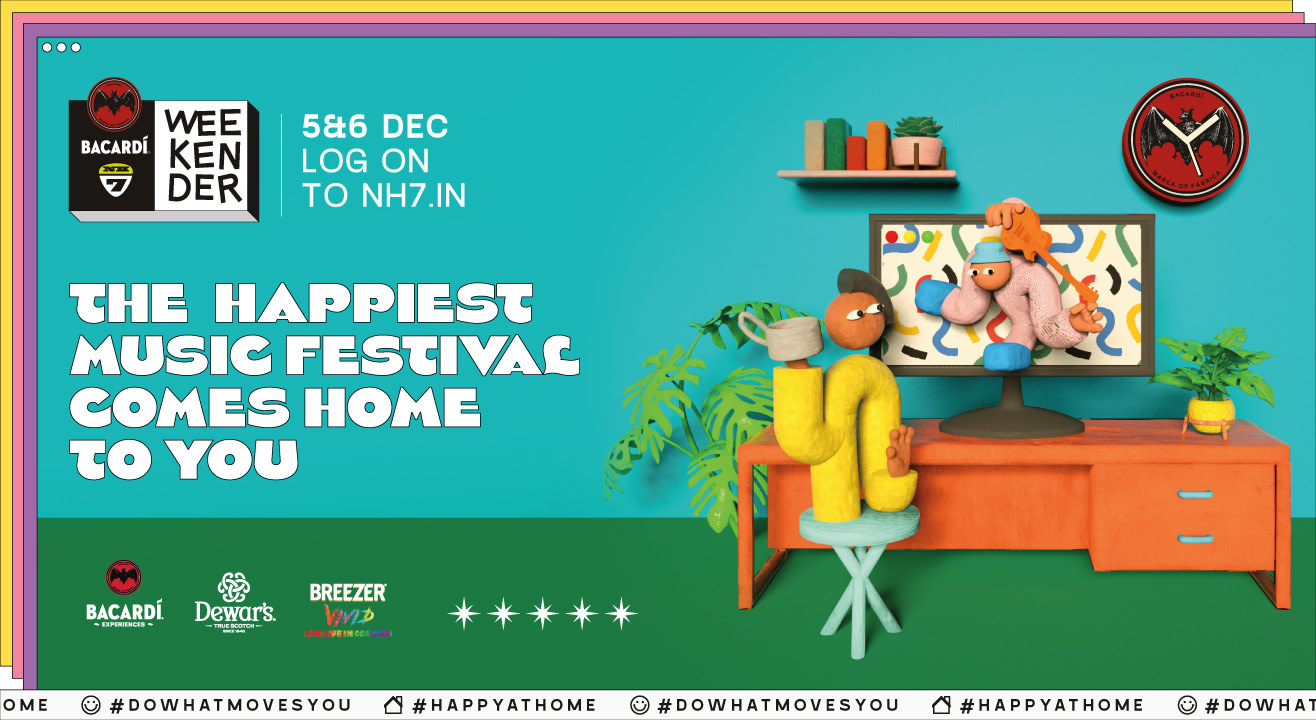 For over a decade, Bacardi NH7 Weekender have delivered spectacular experiences for an audience comprised of discerning fans with multi-genre sensibilities.

Indian audiences have witnessed once in a lifetime performances by world-renowned artists like Steven Wilson, Flying Lotus and Steve Vai. But the festival programming has also made sure to consistently celebrate homegrown talent like Prateek Kuhad, Divine and Parikrama, to name a few.

Now in its 11th year, Bacardi NH7 Weekender is adapting to the need of the hour by going entirely digital, with 24 international and homegrown artists performing never-before-seen sets for fans. In true Weekender fashion, the festival will stream multiple stages simultaneously — the Bacardi Stage, Dewar’s Stage and Breezer Vivid Stage.

To provide fans with a truly one-of a kind experience, OML and Paytm Insider have designed a brand-new virtual platform with a litany of interactive features. Audience members will be able to host virtual parties during the stream, play virtual games, take pictures in a photo-booth, and say hi to some of the performing artists through the chat feature. The Spotlight feature even enables audience members to share a 15 second clip of themselves, for a chance to get featured on the Weekender spotlight.

Adding to the engagement factor of the digital festival experience, this year’s tickets come with exciting perks. One can avail a whopping discount on next year’s edition of the event, along with thoughtfully-curated Weekender memorabilia that anyone who’s a fan of the festival would love.