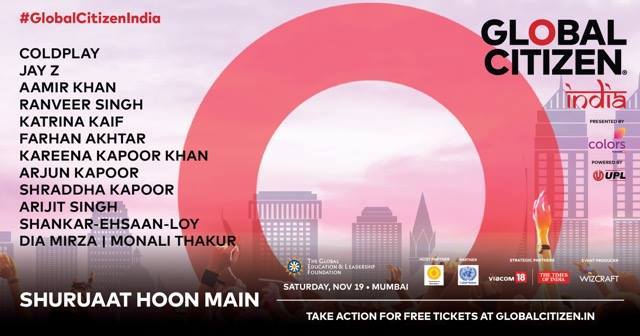 We can’t begin to tell you the rush of emotions going through our head right now as we are writing this down for you. But we have exclusive news from a very trusted source that the legendary band COLDPLAY will finally grace India on the 19th of November 2016. And Chris Martin and his band members have chosen the City Of Dreams, Mumbai for this mammoth event.

The news of Coldplay coming to India has been doing the rounds ever since Chris Martin played an impromptu gig at Delhi when he visited as a part of the Global Citizen delegate. Fans were on a crazy hunt for the band when they were in Mumbai shooting for the video of their track ‘Hymn For The Weekend’. Ever since the release of their latest studio album, ‘A Head Full Of Dreams’, Coldplay has been the buzz word across India. With many speculations and rumours about when and where they will perform, it has always been difficult to trust them.

But we finally have what seems to be a confirmed news that Coldplay will indeed be performing on the 19th of November 2016 at the MMRDA Grounds in Mumbai, India. And just like you when this becomes official, we would be dancing our socks off in the CME HQ.

Global Citizen is a growing movement of people across the planet taking action to solve the world’s biggest challenges.

Sign up today and receive your bonus point to get started. The more actions you take as a Global Citizen, the more points you earn. You can redeem those points for the chance to win rewards like Festival tickets.