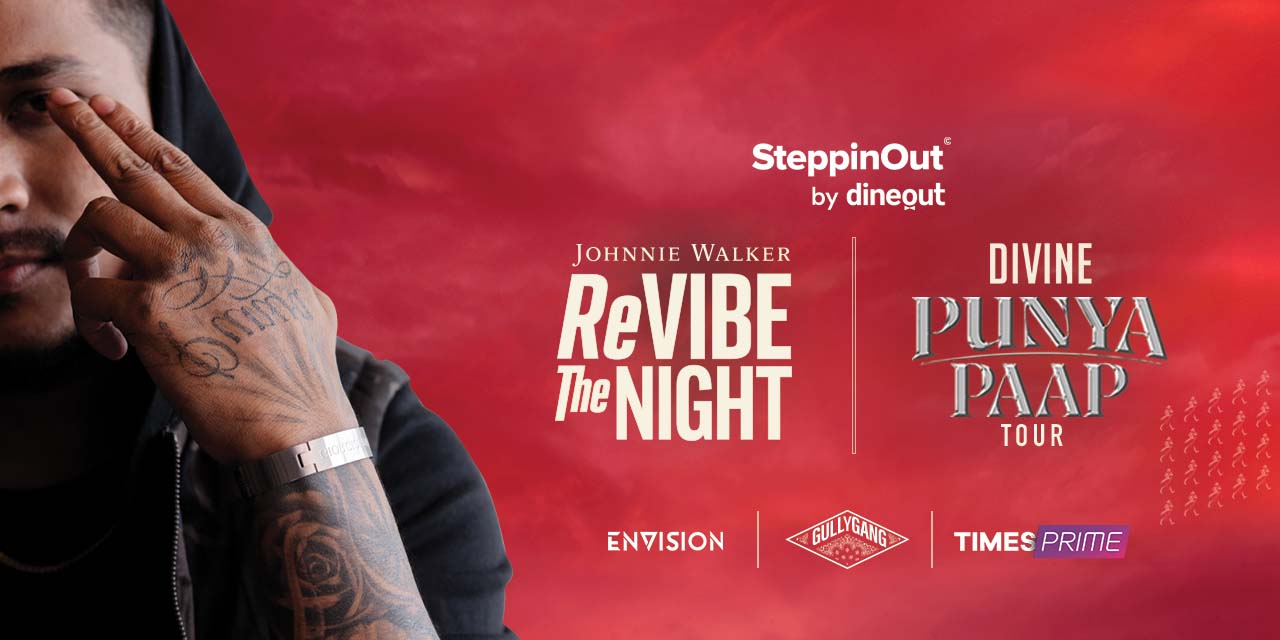 SteppinOut by Dineout brings to you the The Punya Paap Tour by India’s premier hip-hop star, Vivian Fernandes popularly known as DIVINE. Consistently cited as one of the most prevalent hip-hop acts in the country, the hip-hop giant has played an empowering role in the rise of the ‘gully rap’ movement.

After closing out an event-full 2020, he released his second album ‘Punya Paap’ which debuted at #1 on Apple Music and Spotify charts (all genres) in India paving the way for him to being the first Indian Rapper to feature on the iconic Times Square (New York) billboard by Spotify.

The Punya Paap Tour – coming to your city sooner than you expect.