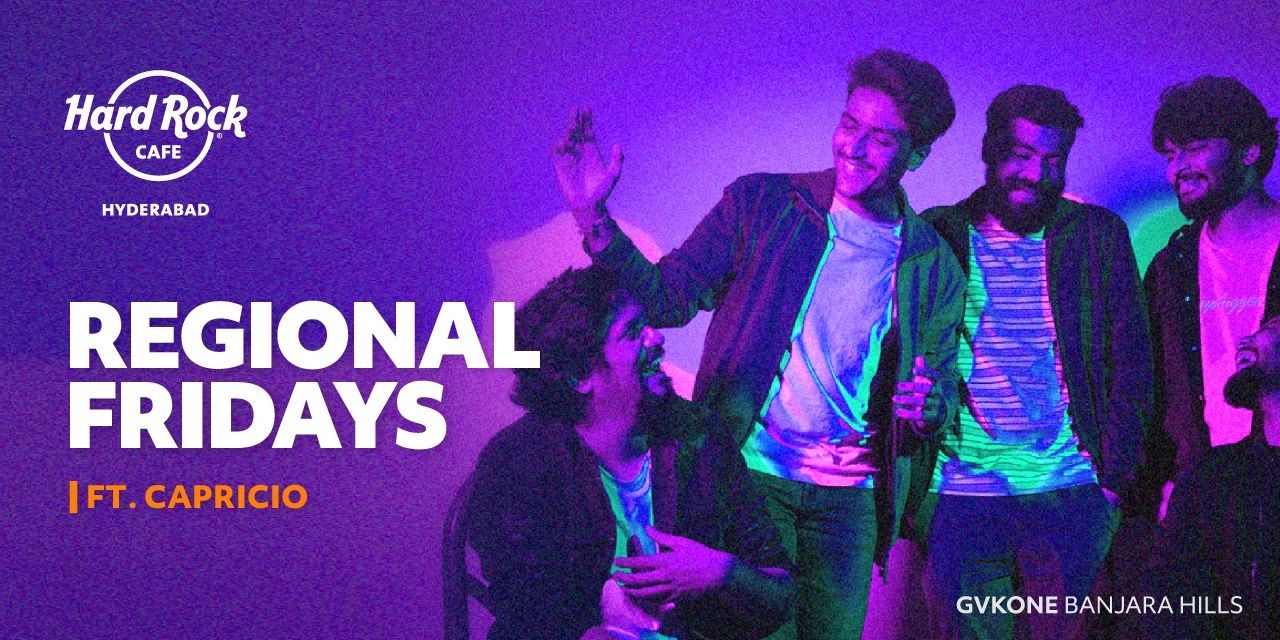 A regional band that began performing Telugu songs in Hyderabad and has since amassed a large following and fan base across India. Capricio has lately begun performing in many nations. Many new bands have started playing telugu music in the city and state since the debut of telugu songs in the nightlife across south India, but they remains the most sought-after band for public shows and private occasions. It`s the first band to bring telugu music into the nightlife of Hyderabad.

Treat yourself to a night out at Hard Rock Cafe Banjara Hills to see them perform live and dance to their excellent sounds, as well as great cuisine and cocktails.