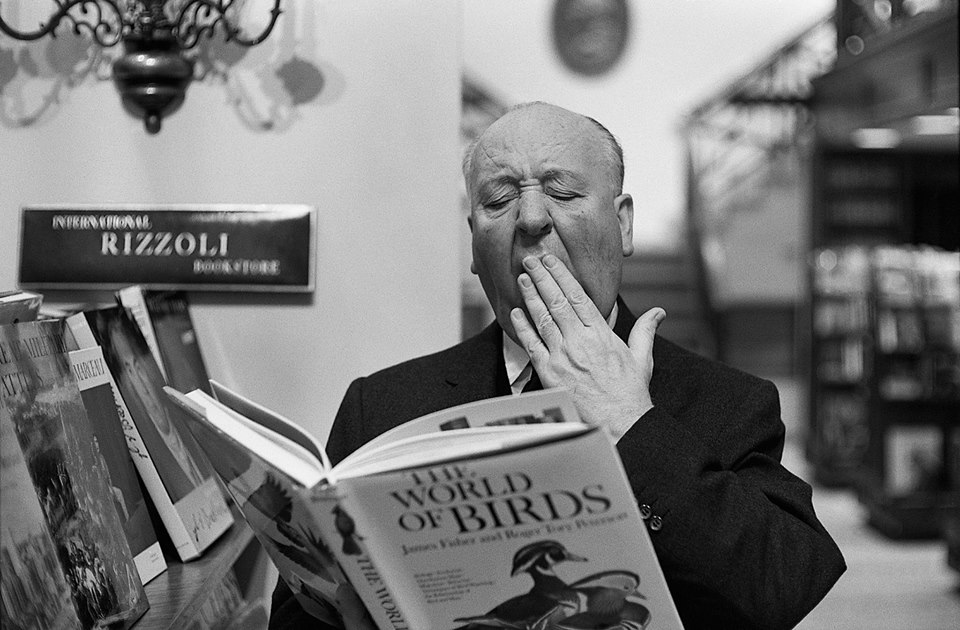 One of the greatest film makers of all time, Alfred Hitchcock born on this day 117 years ago. He left the mortal world at the age of 81 in 1980 leaving a treasure of immortal and immaculate collection of his movies.

Hitchcock was one of the few who pioneered the horror film genre and some of his most famous (and frightening) works include Dial M for Murder, North by Northwest, The Birds, and Rebecca. And those who remember Janet Leigh’s famous shower seen from Psycho know just how Hitchcock earned his title as “master of suspense”!
Lamakaan remembers this master director on his birthday. So in honor of Hitchcock’s life, legacy,and films, we pay tribute to a man and his films.

We will have talk on ‘Remembering Alfred Hitchcock’ by LA based filmmaker Aparna Malladi and followed by screening of his best movies.

-Entry Free and Open to All!