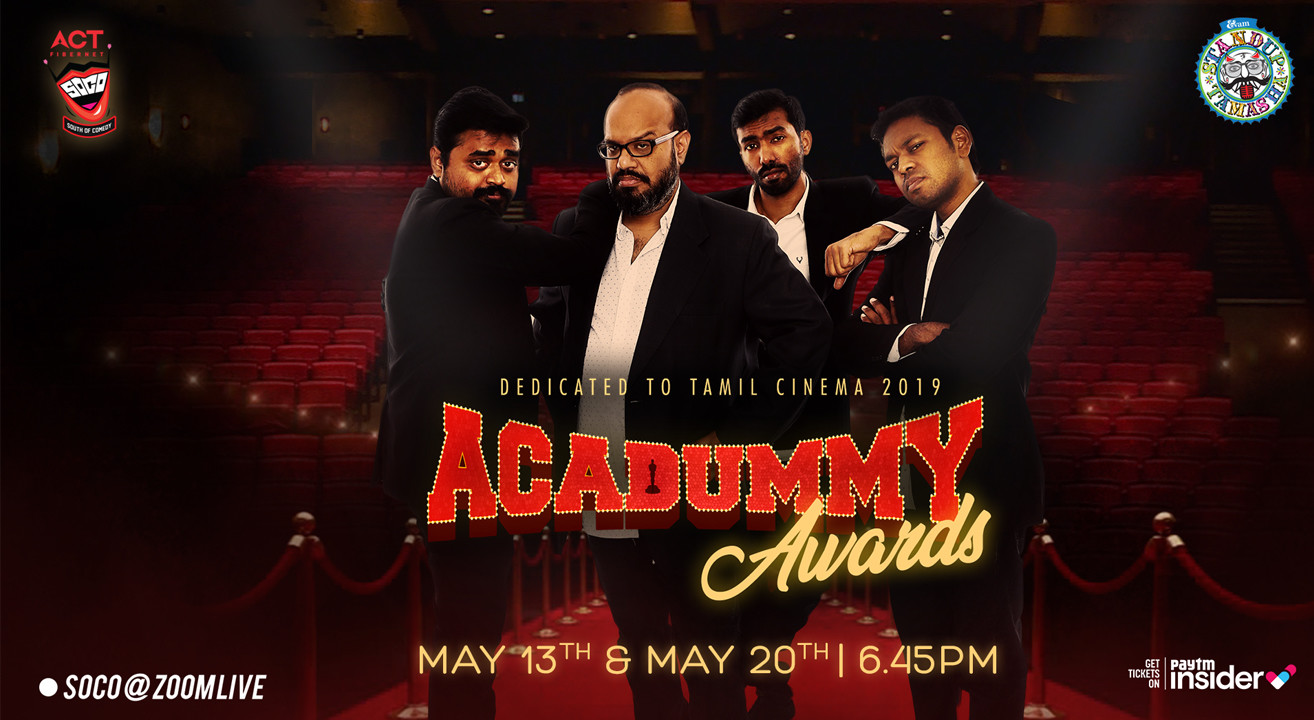 After back-to-back sold out shows across India in February, “Acadummy Awards” – the superhit blockbuster is now all set to take over digitally.

In 2019, Tamil Cinema has given everyone so many films. Some are revolutionary, some are entertaining, some are path-breaking, some are award-winning but what about others? Acadummy Awards is a unique award show where they honour a special film in every category. Are they talking about categories like ‘Best Actor’ and ‘Best Actress’? Hmmm.. No. And are they even talking about the ‘Best’? Hahaha!

Acadummy Awards is the first of its kind fully Tamil show where they celebrate the below average films in an above average fashion. The show features top comics of the South Indian comedy circuit – Praveen Kumar, Jagan Krishnan, Mervyn Rozario and Manoj Prabakar.