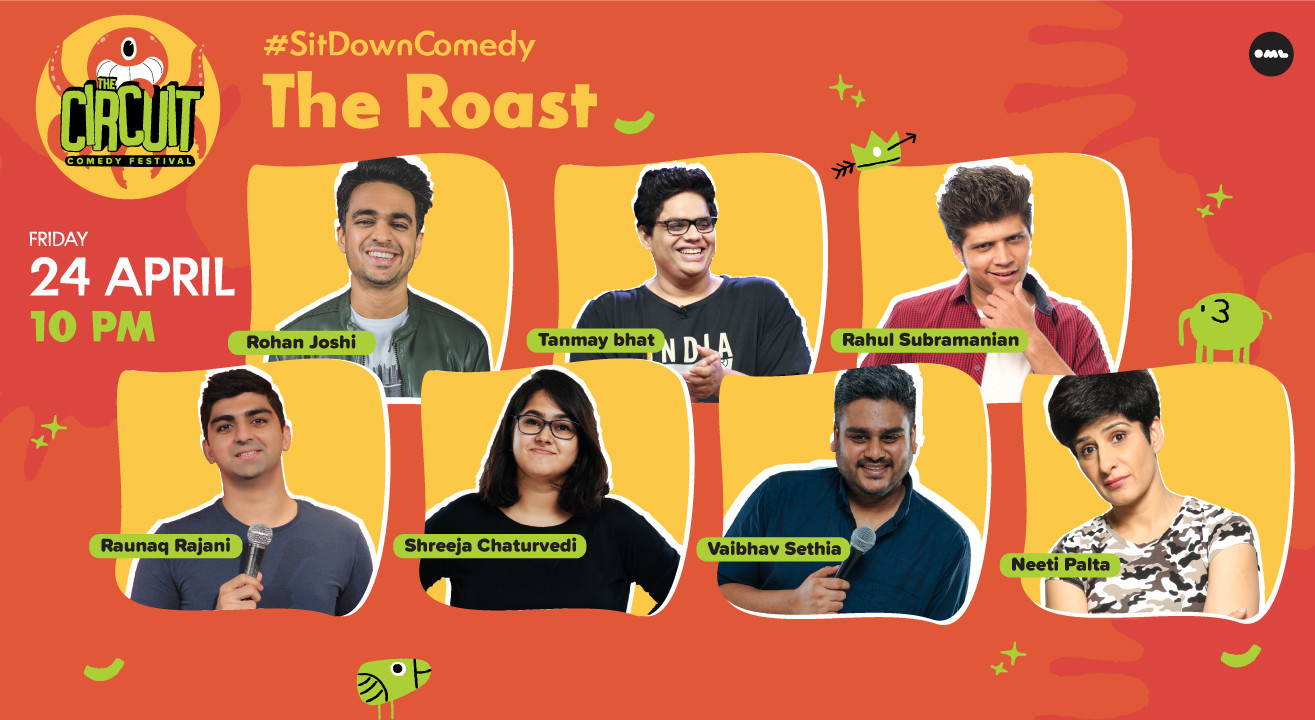 This show is brought to you as part of The Circuit’s #SitDownComedy – a digital comedy festival from 22-26 April.

Roastmaster General Tanmay Bhat is all set to conduct a roast unlike any other. Rohan Joshi, Rahul Subramanian, Neeti Palta, Vaibhav Sethia, Shreeja Chaturvedi and Raunaq Rajani are about to face the heat and a select few audience gets to witness it. It’s going to be brutal, it’s going to be hilarious, it’s going to be “OMG HE DID NOT JUST SAY THAT!” Register now and we’ll see you there.