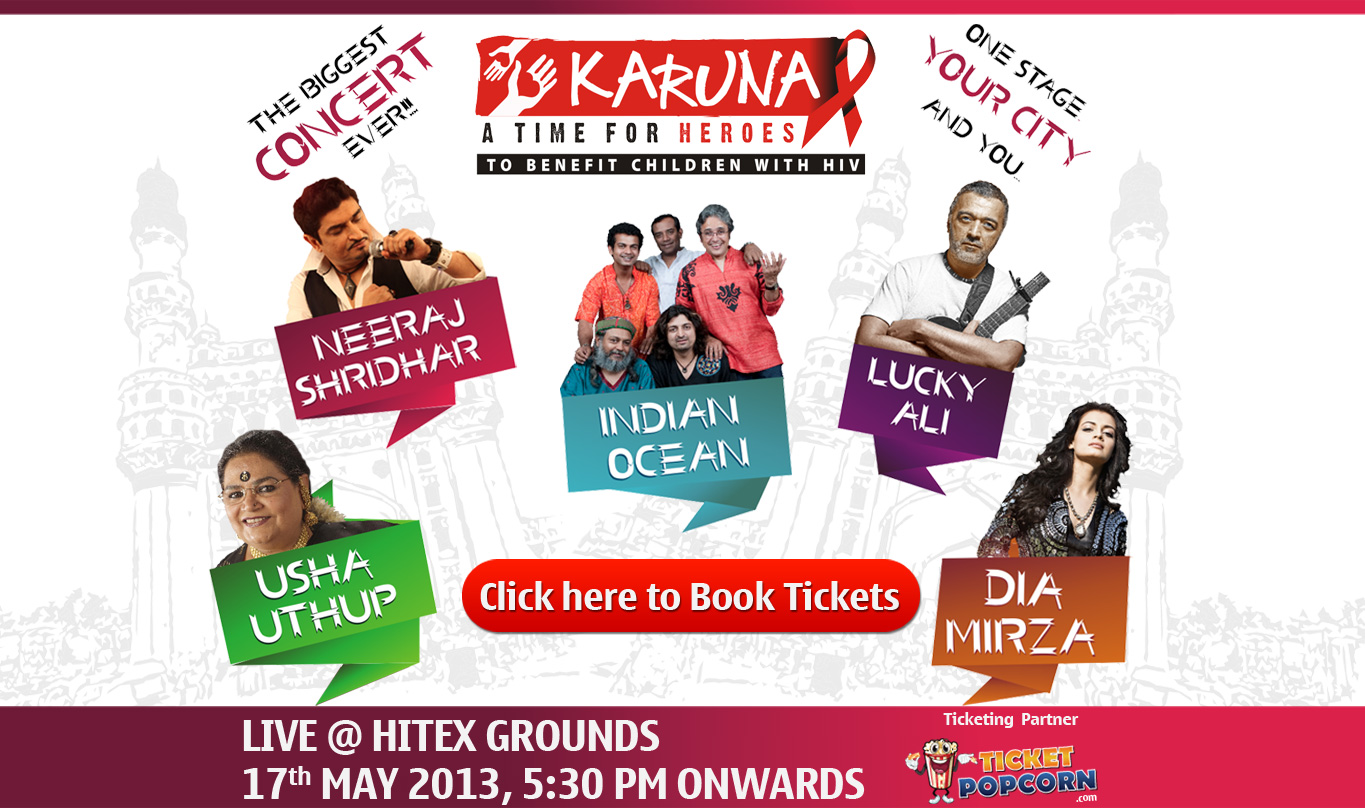 Karuna – A Time For Heroes – To Benefit Children with HIV Music Concert in Hyderabad on May 17, 2013

A fund-raising event in aid of people living with and vulnerable to HIV.

Lucky Ali as performed in Hyderabad before and he is no stranger to the city where music lovers flock to listen to his soulful voice. Lucky Ali is an Indian singer songwriter, composer and actor. Lucky is best known for his soulful, simple ballad-style singing.
Neeraj Sridhar: is an Indian singer-songwriter who is lead vocalist of a pop and rock group Bombay Vikings. He is a popular Bollywood playback singer, music director and lyricist.Success continued when Neeraj gave hit after hit. Soon he gained the experience of working with almost all the main Bollywood music directors. Till date he has worked with Sajid-Wajid, Salim-Sulaiman, Pritam, Shankar-Ehsaan-Loy, Vishal-Shekhar, Nadeem-Shravan, Anu Malik, Sandesh Shandilya, Aashish Pandit, and many more
Usha Uthup is a well known pop-singer who has sung in 15 Indian languages including Hindi, English,, Bengali, Assamese, Oriya, Gujarati, Marathi, Konkani, Malayalam, Kannada, Tamil and Telugu. She is a stage performer and has given performances all over the world and is known for her lively stage presence.
Indian Ocean is an Indian rock band formed in New Delhi and is considered to be the pioneer of fusion rock genre in India. They are known for their electrifying performances and have been a favorite of the youth for many years now!
Dia Mirza was second runner up in Miss India Beauty contest in 2000 and later went on to win the title of Miss Asia Pacific . An amazing actress and an incredible performer.

The Biggest Concert Ever
Entry Passes: