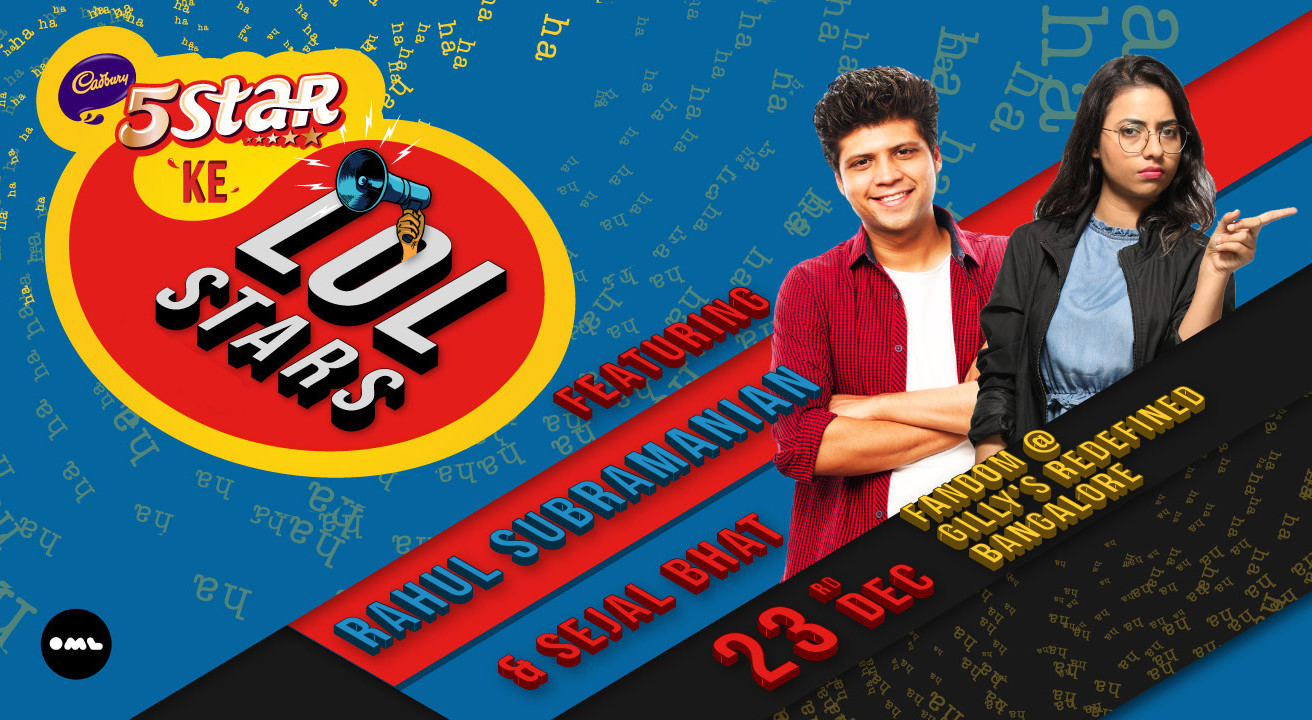 A LOLStars Comedy night promises you an evening of the finest comics bringing you completely fresh and some out of the ballpark dose of funny, which is guaranteed to leave you red in the face and give your abs a good workout.

You will see some of the top comics on tour, as they take audiences across the country by a storm. Keep checking this page because more and more shows will keep getting announced – and more cities as well. There could be a few surprises in there as well!

Rahul Subramanian is a brand-manager-turned-comedian who realized a little too late in life that he was too redundant for the corporate world. Since this realization, he has been a regular at all the leading comedy venues not only within the country but also abroad in cities like Melbourne, Hong Kong and Singapore. If you are someone who enjoys humour with a message then Rahul’s comedy is made just for you, only disclaimer being you’ve to come up with a message of your own as Rahul has none to offer.

This Mumbai-based comedian has been performing since 2014, as he broke into the scene by winning stand up competitions like Virgin Pants and Canvas Laugh Club (all India open-mics) and also the first ever YouTube Comedy Hunt (sketch video competition) along with his friend Kumar Varun for their channel Random Chikibum. He has also released his one hour stand up special Kal Main Udega on Amazon Prime Video which received critical acclaim. When he is not doing stand up, or acting in videos by Random Chikibum or All India Bakchod, you will see him pursuing his hobbies which include seeing, waiting, and getting stuck in traffic, all things that help him write better jokes and sketches that make you go “that’s happened to me too!”

Sejal Bhat is a stand-up comedian from Bangalore who uses comedy to fill the void where her soul should be. She was a top 10 finalist in Amazon Prime Video’s comicstaan and has performed all over India. A former Analyst and editor, she firmly believes in having no concrete beliefs.