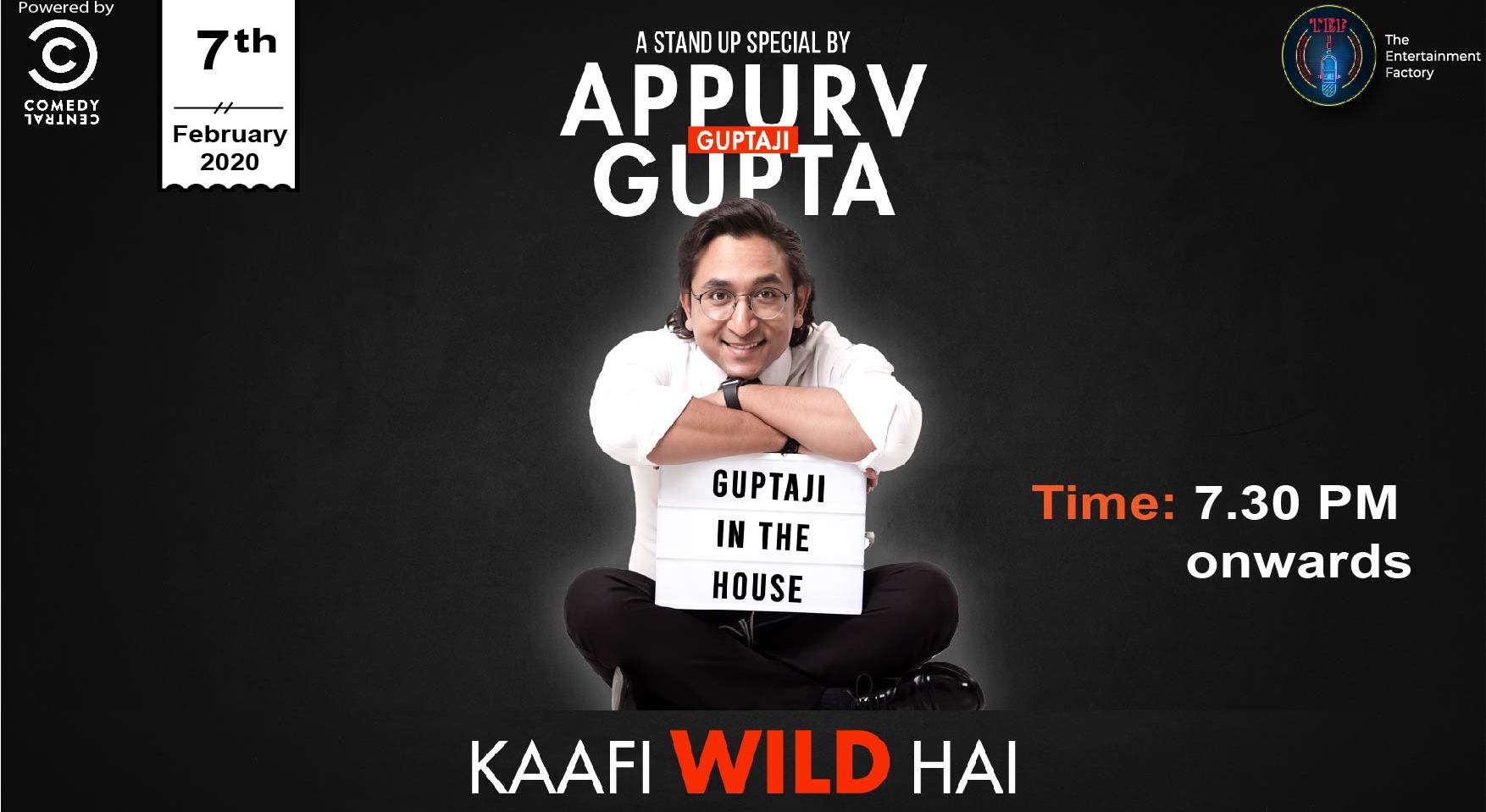 Experience the best and funniest comedians, at the most hilarious stand up Comedy Show.

It’s your dose of fun & laughter. Get ready for an evening of insane humor.

Appurv Gupta has one of the most unique voices in the Stand-Up Comedy scene of India. CNN-IBN has listed him in the Top 20 Stand-Up Comedians to watch out for in 2014. Comedy Central India says that he is India’s leading Hinglish stand-up comic. He is famous for his clean comedy. NDTV Prime shows him regularly with his exclusive show ”The Rising Stars of Comedy with Appurv Gupta”. His recent video on mobile-phone and his solo show ”AppurView” and ”RelationShip Or RelationShit” has already got multiple reviews on YouTube, facebook, twitter and Whatsapp. He is also famous for his web series Mudde Ki Baat – #Gupta_Ji_Ke_Sath on various trending issues. Recently, Forbes India had listed his name in the Forbes India Celebrity 100 Nominees list for 2015.