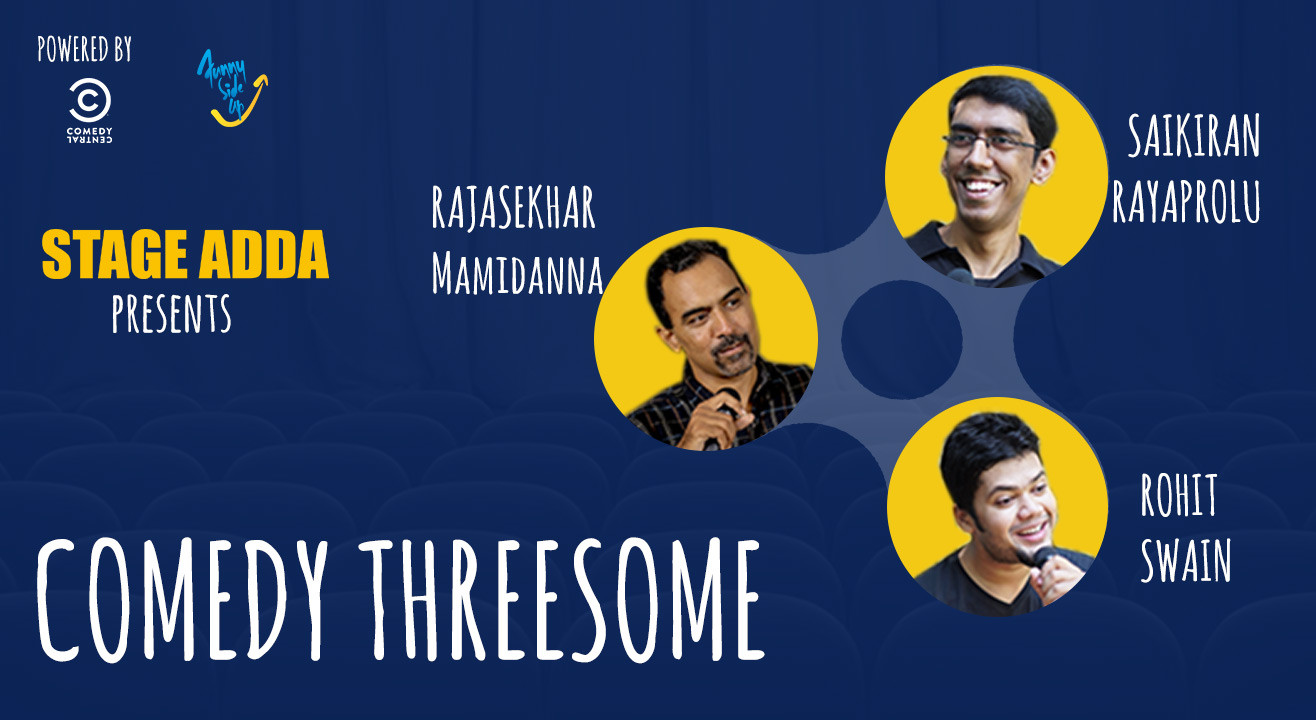 Saikiran:
Tall, Dark and Err… Hilarious. If failures are truly the foundation for success then he has enough foundation to balance the Charminar on his bare hands. But, his father thinks he was specially created by god…as a tale of caution to all Indian parents, who pray too hard for a male child. Saikiran, a winner of multiple Standup Comedy competitions has performed with some of the biggest stars of Indian Standup Comedy like Praveen Kumar, Appurv Gupta, Vipul Goyal, Nitin Gupta and Nishant Tanwar. After well received performances all over Hyderabad he is now foraying into other cities like…Secunderabad.

Rajasekhar:
RSM is a Harvard Graduate. Phd in Information systems. Produced a research paper in Stanford. Member of Greenpeace..!!!! Ideally this is how his dad would have wanted it to be. Just to give a chance to others to accomplish all those he stayed calm. He is a B.Tech Computer science graduate and MBA Marketing guy, who now, is good at making fun of both the degrees.
250 SHOWS IN LAST 4 YEARS. He is a regular performer at ‘THE INDIAN COMEDY CLUB’ and ‘CANVAS LAUGH CLUB’

Rohit Swain:
His stage performances are a mix of Stand Up, impersonations, sketches & funny songs on guitar which keeps his style of comedy delightfully amusing. He has been featured on NDTV’s The Rising Stars of Comedy where he was hilarious as hell. He is surely an act you should not miss.