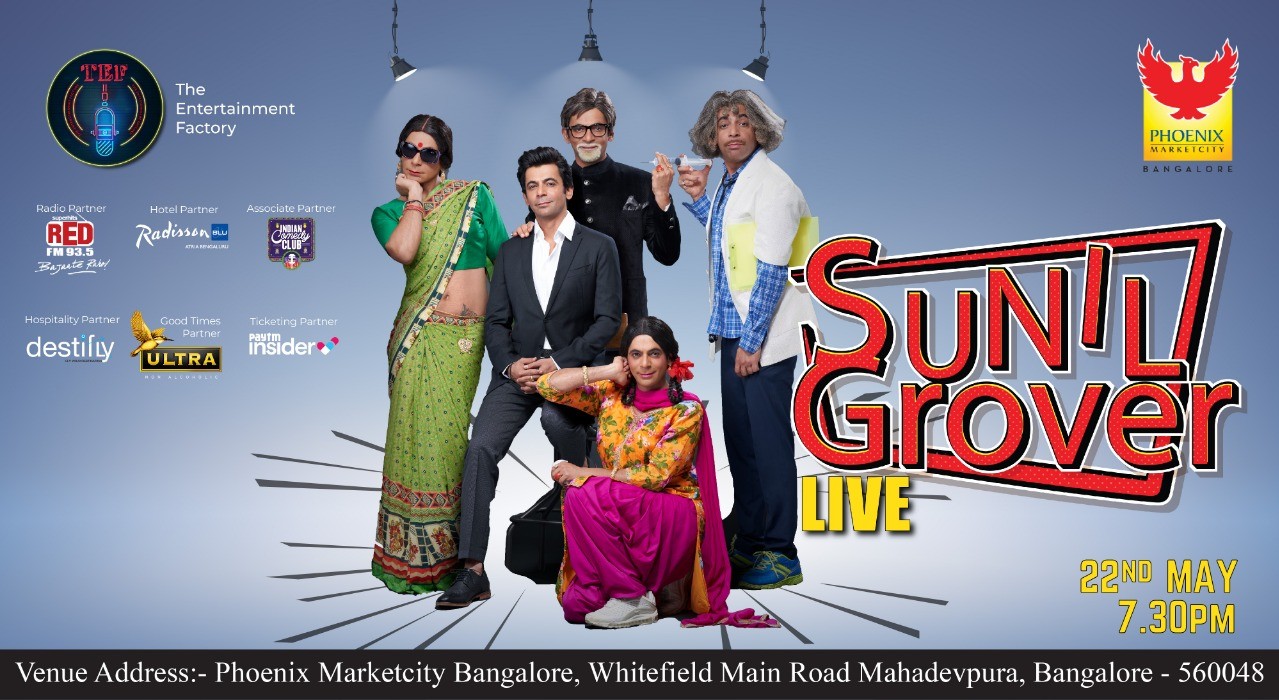 Watch ‘The Great India Comedian Sunil Grover ” comes back to the stage for a stand-up comedy tour happening in Bangalore. He says that he wants to bring back happiness & laughter in people’s life after the pandemic. His jokes will definitely make you laugh until you cry. We are sure you wouldn’t want to miss this chance to watch this legend live, so grab your tickets before it is “SOLDOUT”.

An Indian actor and comedian, popular for playing the TV character, Gutthi. He earned a lot of love, respect, and recognition for this. His most famous character to date has been Dr. Mashoor Gulati, Rinku bhabhi from the Kapil Sharma Show. He left the popular show for some time and later again made an entry with the new character as the father-in-law to the show’s lead Kapil Sharma.

He completed his schooling from Mandi Dabwali and completed the graduation from Guru Nanak College. He did a master’s degree in Theatre from Panjab University Chandigarh. He was interested in acting from his childhood and used to mimic his teachers and spent the beginning of his carrier mimicking shah rukh khan and legendary Amitabh Bachchan.