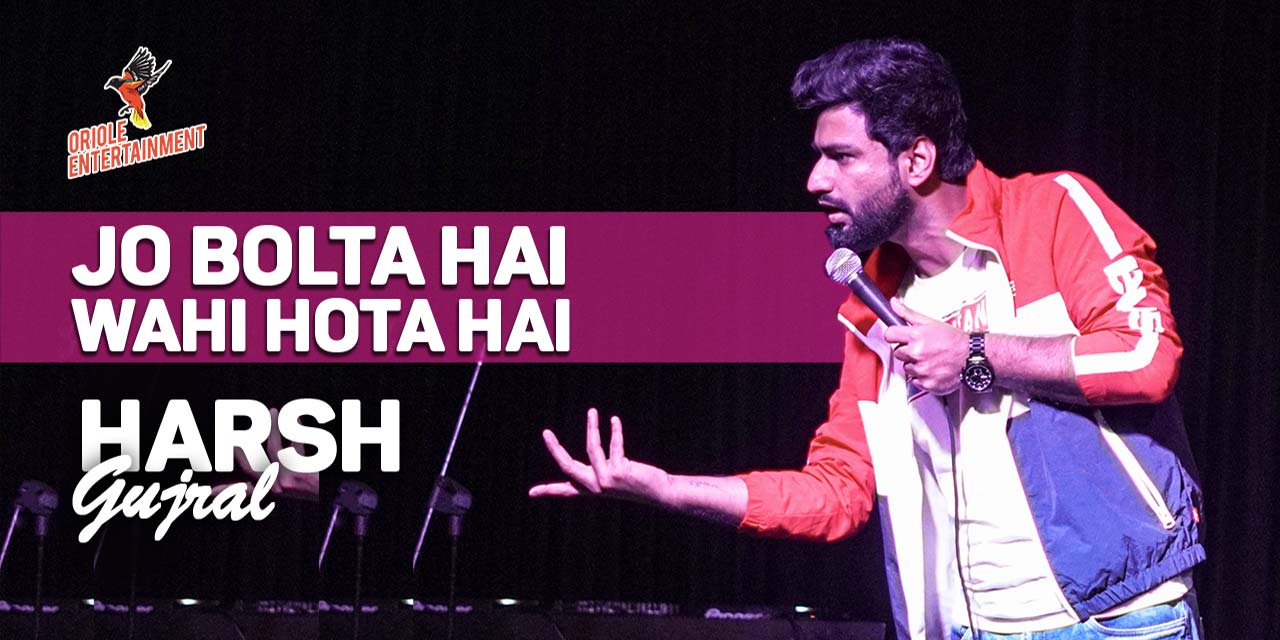 It takes exemplary courage to sit in the first two rows of a Harsh Gujral`s show because he will get you with his highly witty yet charming style.

He has been known to find humour in some of the most regular life situations. He has average north Indian looks and height but he believes that the phrase tall dark and handsome was coined only for him.

His style of comedy is spontaneous mixed with great crowd work.

Harsh will leave you in splits with his typical rough demeanour and leave you craving for more.